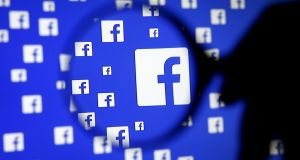 Facebook has revealed that it facilitated Russia’s efforts to interfere with US politics.

Journalists working for Facebook say the social media site’s fact-checking tools have largely failed and that the company has exploited their labour for a PR campaign.

Several fact checkers who work for independent news organisations and partner with Facebook told the Guardian that they feared their relationships with the technology corporation, some of which are paid, have created a conflict of interest, making it harder for the news outlets to scrutinise and criticise Facebook’s role in spreading misinformation.

The reporters also lamented that Facebook had refused to disclose data on its efforts to stop the dissemination of fake news. The journalists are speaking out one year after the company launched the collaboration in response to outrage over revelations that social media platforms had widely promoted fake news and propaganda during the US presidential election.

Facebook promised to tackle fake news. But the evidence shows it’s not working Facebook has since revealed that it facilitated Russia’s efforts to interfere with US politics, allowing divisive political ads and propaganda that reached 126 million Americans.

“I don’t feel like it’s working at all. The fake information is still going viral and spreading rapidly,” said one journalist who does fact-checks for Facebook and, like others interviewed for this piece, was not authorised to speak publicly due to the continuing partnership with the company.

“It’s really difficult to hold [Facebook] accountable. They think of us as doing their work for them. They have a big problem, and they are leaning on other organisations to clean up after them.”

Facebook announced to much hype last December that it was partnering with third-party fact checkers – including the Associated Press, Snopes, ABC News, PolitiFact and FactCheck.org – to publicly flag fake news so that a “disputed” tag would warn users about sharing debunked content.

A Guardian review this year found that the fact-checks seemed to be mostly ineffective and that “disputed” tags weren’t working as intended.

Now, some of the fact checkers are raising concerns, saying the lack of internal statistics on their work has hindered the project and that it is unclear if the corporation is taking the spread of propaganda seriously.

Another fact-checking source said it was rare to see the fact-checks actually lead to a “disputed” tag on Facebook, raising questions about how the tool was functioning. Fact checkers said they had queries about how often the tags were placed on articles, what effect they had on the content and what sites were most often targeted – but said that Facebook had not provided information.

“We’re sort of in the dark. We don’t know what is actually happening,” said Alexios Mantzarlis, director of the International Fact-Checking Network at Poynter, which verifies Facebook’s third-party fact checkers.

He said he appreciated that there “are a lot of people at Facebook who really care about this” but, he added, “the level of information that is being handed out is entirely insufficient”.

“This is potentially the largest real-life experiment in countering misinformation in history. We could have been having an enormous amount of information and data.”

A Facebook spokesperson said that once an article had been labelled as false, its future “impressions” dropped by 80 per cent.

“Our work with third-party fact-checkers is not just meant to educate people about what has been disputed – it also helps us better understand what might be false and show it lower in news feed,” the spokesperson said in an email, adding that the data informed its algorithms to “more quickly and accurately detect future false stories”.

Facebook has also launched a “related articles” initiative and other features meant to promote articles about similar topics, including reports from fact checkers, the spokesperson said: “We’re giving people the information they need to make informed decisions about whether or not to read, trust, or share.”

One of the fact checkers said it seemed clear that Facebook was opposed to internally hiring large numbers of journalists and experts to do the difficult fact-checking work necessary to clamp down on fake news in a meaningful way.

“The relationship they have with fact-checking organisations is way too little and way too late. They should really be handling this internally. They should be hiring armies of moderators and their own fact-checkers.”

Some fact checkers said they also felt the paid relationships with Facebook were creating a conflict, in effect silencing those in the best position to investigate the way the platform facilitates fake news.

“By offering this money, which journalistic outlets desperately need, it’s weakening our ability to do any fact-checking of these disinformation purveyors like Facebook,” said one third-party fact checker. “They are basically buying good PR by paying us.”

The journalist noted that Facebook users could still easily purchase ads without scrutiny. Facebook “have been and will continue to take money to spread disinformation”, the reporter said, adding: “They’re trying their best not to affect their bottom line.”

Aaron Sharockman, executive director of PolitiFact, said some of the fact checkers had been frustrated with the limits of the tools, noting that fake news writers can easily put their debunked content on different websites or links, allowing the articles to continue posting without “disputed” tags.

“They are able very easily to spread misinformation to different URLs,” he said.

While Sharockman said he would also like to see more transparency from Facebook, he said he was pleased that the company was continuing to collaborate with journalists: “I think to go from nothing to where we are now is good progress.”