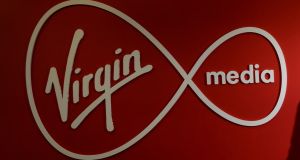 The Virgin Media brand was introduced to Ireland in 2015 by Liberty Global, its American owner. Photograph: Dara Mac Dónaill

Irish broadcaster TV3 could be rebranded using the name of its parent company Virgin Media under a plan being considered by the cable TV and telecoms groups.

In an exclusive interview with The Irish Times, Virgin Media Ireland’s chief executive Tony Hanway confirmed that it was considering a name change for TV3.

“It’s definitely something that we’re looking at,” he said. “It has been on the agenda for quite some time. We look at the equity that we’ve built up in TV3 and wonder what it would look like as Virgin Media. There’s nothing to say that there wouldn’t be a Virgin Media [television] station at some stage.”

Mr Hanway said any rebranding would happen in 2018, which would mark the 20th anniversary of TV3 first going on air.

It is understood that TV3 has briefed advertising agencies about the possible branding change.

The Virgin Media brand was introduced here in 2015 by Liberty Global, its American owner. The company previously operated as UPC Ireland.

TV3 was acquired by Virgin Media in 2015 for €80 million, with UTV Ireland added a year later. It operates three free-to-air channels – TV3, 3e and be3.