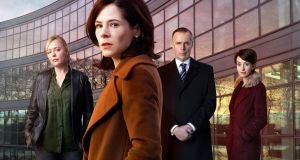 International relations: the RTÉ One drama ‘Acceptable Risk’ is a recent example of an Irish-Canadian television co-production

Television co-productions between Ireland and Canada will be boosted under a new development fund part-financed by the Broadcasting Authority of Ireland (BAI).

Details of the Canada-Ireland television co-development incentive for audiovisual projects, a fund jointly offered by the BAI and the Canada Media Fund, were announced at the Mediacon summit in Vancouver on Thursday.

Irish and Canadian producers seeking to develop co-productions for broadcast on television in both countries have until January 11th to apply for a maximum award of €35,000 per project.

The drama was made by Irish production companies Saffron Pictures and Soho Moon Pictures alongside Canadian producer Facet4, with BAI funding and co-finance from international distributors DCD Rights and Acorn Media Enterprises.

Historical drama series Vikings is also an Irish-Canadian co-production, while the 2015 films Room and Brooklyn were the product of Ireland, Canada and the UK.

Mediacon, which has also taken place in Dublin in each of the last three years, was organised by Lesley O’Connor, a former RTÉ producer and former Web Summit executive producer, and Stephen McCormack, chief executive of production company Straywave Media.

The summits aim to promote new links between Ireland and executives, commissioners and producers in other countries, in recognition of the increasingly global nature of the television industry. Representatives of RTÉ, the BAI and Irish ambassador to Canada Jim Kelly were in attendance at the Vancouver event.

Vancouver is a television production hotbed, with “a booming studio sector”, said Ms O’Connor. “We see this as a significant opportunity for Ireland to be upfront and involved.”

The Canadian government recently unveiled a deal with Netflix that is expected to see the US streaming giant commit 500 million Canadian dollars (€338 million) over five years on Canadian productions.

Mr McCormack said there were lessons that countries like Ireland could learn from Canada’s approach to promoting its culture amid an onslaught of US productions in the so-called age of “peak TV”.

This approach has moved from one of cultural protectionism to a strategy of expansion through co-production arrangements, he said.

“You protect culture by going on the offence, not on the defence. Defence is lost.”