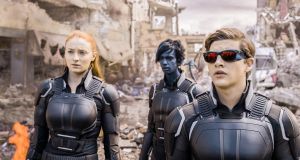 Disney would like movie rights held by Fox, most notably to the X-Men (above) and Fantastic Four characters, which were licensed to Fox by Marvel Entertainment before

Walt Disney held preliminary talks to buy entertainment assets owned by Twenty-First Century Fox, including the Fox movie and television studio, the FX cable network and a share of Hulu. The talks were confirmed by sources.

The two companies are no longer talking, although discussions could restart. Spokeswomen for both companies declined to comment. The talks, however preliminary, say a lot about the rapidly evolving media industry.

Big players like Disney are seeking to get bigger as they follow Netflix into the streaming business and square off against technology giants like AT&T, which is in the final stages of acquiring Time Warner. Medium-size players like Twenty-First Century Fox may be realising – or accepting – that gaining the scale they need to compete may be out of reach at this point.

As part of the talks, Disney also looked at buying Fox’s minority stake in Sky, the Britain-based pay-television service. Fox has been trying to buy all of Sky, but has so far been stymied by regulatory approvals.

Disney would also like movie rights held by Fox, most notably to the X-Men and Fantastic Four characters, which were licensed to Fox by Marvel Entertainment before

Disney bought that superhero company in 2009. Fox also controls the Avatar franchise; under a licensing agreement,

Disney recently opened lavish attractions based on Avatar at Walt Disney World. In its last fiscal year, which ended on June 30th, Twenty-First Century Fox had $28.5 billion in revenue, a 4 per cent increase from a year earlier, and $2.95 billion in profit attributable to Fox shareholders, a 7 per cent increase. Much of that profit came from Fox’s cable television unit, of which Fox News is the largest contributor.