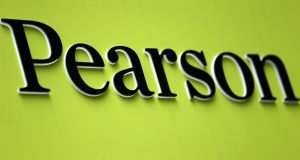 Pearson has cut thousands of jobs and sold assets to convert the company from a business selling textbooks and tests to one offering ebooks, rentals and access to online courseware

Educational publisher Pearson expects its underlying profit to increase for the first time in six years in 2018 after rebuilding its business for students of the “Spotify generation” who want to rent rather than buy books.

Chief executive John Fallon has cut thousands of jobs and sold assets including the Financial Times newspaper to convert the company from a business selling textbooks and tests to one offering ebooks, rentals and access to online courseware.

The uneasy switch to digital, which is similar to the changes endured by the music industry, has resulted in a string of profit warnings at the 174-year-old company, three restructurings and a halving of the share price since 2015.

Yet on Friday the group reported 2017 profit at the top end of guidance, and said it believed it finally had a handle on the pressures on its North American higher education business which accounts for nearly 30 per cent of the group.

“This is the Spotify generation, they are much happier paying to rent access to the materials they need whilst they need them,” Mr Fallon told reporters.

Fallon said he expected the troubled North American business to have stabilised by the end of 2019. Until then it could decline by up to 5 per cent this year and next. The important unit last grew in 2011 before students started migrating to online and rental books, and before some Americans opted to work as the economy expanded rather than go to college. – Reuters

1 Wetherspoon’s panto-villain chairman may have the last laugh
2 British exceptionalism backfires in style as Johnson tests positive for coronavirus
3 Will Covid-19 force Primark to rethink decision not to sell online?
4 Volkswagen burning through €2bn in cash per week
5 Mobile, broadband suppliers to be given extra radio spectrum
6 Usit travel group in liquidation due to coronavirus crisis
7 UK needs to be honest about its Covid-19 strategy
8 Rivian takes on Tesla with big batteries and subtler approach
9 Retail landlords worried rents will dry up during Covid-19 crisis
10 Remote working doesn’t suit everyone, and it exposes woolly leadership
Real news has value SUBSCRIBE