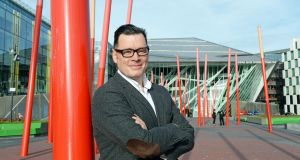 The Dublin Theatre Festival slipped into the red last year due to a 20 per cent drop in ticket sales, its latest accounts show.

Established in 1957, the organisation runs an annual season of Irish and international theatre performances across Dublin, typically running from the last Thursday of September for 18 days.

In 2016, the company presented 30 productions. The most significant portion of turnover and funding for the festival came from the Arts Council, which contributed €810,000.

The Dublin Theatre Festival employed 24 people last year, 17 of whom were festival employees with the remainder forming the administrative staff. Total payroll costs for the year amounted to €449,082. The organisation’s chief executive, Willie White, received a salary between €70,000 and €80,000.

“Having generated a surplus on 2015 activity, the company invested in an ambitious artistic programme in 2016. However, due to a shortfall in income from ticket sales the company traded a loss of €157,562, representing an accumulated loss of €99,170,” the directors report states.

“It is planned that the shortfall carried forward will be cleared over the next three to five years and the company will invest future surpluses in reserves with the ambition of safeguarding against risks and facilitating greater ambition.”

Speaking to The Irish Times, Mr White said last year’s loss was an “anomaly” adding that over the previous few years “we were gaining increasingly larger surpluses”.

“A really challenging thing for arts organisations is to build up a surplus because you’ve modest resources to begin with, but you look at doing that over time,” he said.

Now in its 60th year, the theatre festival plans to present a similar number of productions in 2017, beginning on September 28th.