Dublin’s Q102 has rival in bid for licence renewal

Media matters: New contract for Wireless Group music station will not be fast-tracked 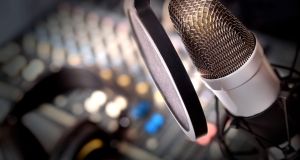 Licence renewal: Q102 holds the contract for a Dublin music service aimed at 35 to 55-year-olds.

The broadcasting regulator has proceeded to the next stage of the licensing process for the Dublin music radio contract held by the station Q102 after a rival expression of interest was made for the service.

Q102’s licence for a music-based station for a general audience aged 35-55 in Dublin expires in May 2020. The station is owned by Wireless Group, which is part of Rupert Murdoch’s News Corp UK & Ireland media company.

It has expressed interest in renewing the licence after the Broadcasting Authority of Ireland (BAI) placed an initial advertisement in newspapers last April.

However, as another expression of interest was made, the BAI is now seeking formal applications for the licence ahead of an October 30th deadline, rather than fast-tracking the process.

Q102 station director Margaret Nelson said the station had made “a major, long-term investment in original content and local news” over two consecutive licensing terms. Q102 has become “part of the fabric of Dublin life”, she added, with audience growth over the past two years.

“I welcome the opportunity of entering into a full licence application process,” said Ms Nelson.

“Our plans for the new licence term are exciting and we look forward to sharing them with the BAI in due course.”

The second expression of interest came from a company called Punneli Technologies Limited, which has no known track record in Irish radio.

A BAI spokesman said expressions of interest did not always lead to full applications, as more detailed financial information was required at that stage.

The licence document also asks applicants to give details of their music policy, Irish music policy, Irish language output, approach to news and current affairs, speech-based content and other information relating to their proposed schedule, such as how they might “create new opportunities for Irish talent”.

Q102 has a 7.3 per cent share of the Dublin radio market, according to the latest figures from the Joint National Listenership Research.

While speech stations RTÉ Radio 1 and Newstalk are first and second in the Dublin market respectively, FM104 and Q102 are third and fourth, ahead of national stations Today FM and 2FM, making them the most popular music stations in Dublin city and county.

Amid a tough radio market, Wireless Group made a pretax loss of €2.2 million in the Irish market in the year to July 1st, 2018, according to its latest accounts.

Alongside Q102, the company’s holdings in the Republic are Dublin’s FM104, Limerick’s Live95 FM, LMFM in Louth and Meath and Cork’s 96FM and C103. It acquired the six stations from UTV Media in 2016.