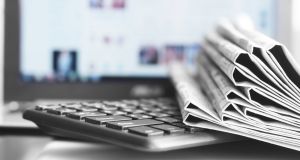 Around 550 jobs are being axed at Daily Mirror and Daily Express newspaper publisher Reach as part of plans to slash costs.

The group — which also owns a raft of regional newspaper titles across the UK — said it is cutting about 12 per cent of its workforce under an overhaul aiming to save £35 million a year.

Reach said it will look to bring together its national and regional editorial teams across its titles in a more centralised structure, while also reducing its local commercial and finance sites and simplifying management. But it will end the recent temporary pay cuts for all staff, except senior executives and board members, and invest more heavily in its digital operations amid an increasing shift towards online news. The group did not give details of where the job cuts would fall, though it confirmed plans for “more focused” editorial, advertising and central operations.

“Structural change in the media sector has accelerated during the pandemic and this has resulted in increased adoption of our digital products,” Reach chief executive Jim Mullen said. “However, due to reduced advertising demand, we have not seen commensurate increases in digital revenue. To meet these challenges and to accelerate our customer value strategy, we have completed plans to transform the business and are ready to begin the process of implementation.

“Regrettably, these plans involve a reduction in our workforce and we will ensure all impacted colleagues are treated with fairness and respect throughout the forthcoming consultation process.”

Details of the job cuts came as Reach revealed that group revenues slumped 27.5 per cent in its second quarter to June 28th — dropping as much as 30.5 per cent in April — as sales of newspapers fell sharply amid the coronavirus lockdown, while even digital revenues fell 14.8 per cent despite readers switching online for their news. It said circulation still remains “significantly” below levels seen before the pandemic, although it has seen a “modest but encouraging” improvement in June, with group revenue declines last month narrowing slightly to 23.9 per cent. Digital sales falls pared back to 4.9 per cent in June, while print revenues were down 26.7 per cent.

Reach — which also owns local titles including the Manchester Evening News, Liverpool Echo and the Bristol Post — said it is raising its customer registrations target to 10 million by 2022, having already hit its 2020 aim of more than 2.5 million. The group also plans to ramp up spending to improve its digital customer experience and will launch a new self-serve digital platform for SME advertisers and invest in the InYourArea platform. – PA