Peak Games, in which venture capital firm has invested, acquired by US-based Zynga 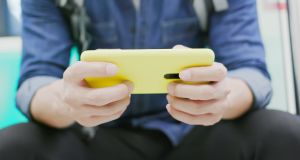 Zynga, maker of the popular Farmville game, will pay $1.85 billion (€1.64 billion) for Peak Games, an Istanbul-based creator of games such as Toon Blast and Toy Blast. Photograph: iStock

Dublin and London-listed venture capital firm Draper Esprit said it will receive cash of about £39 million (€43 million) after game maker Zynga completed its acquisition of a Turkish game maker in which the Irish group had invested.

The company said it expects to receive the cash portion of the transaction in the “coming days” while the remaining consideration of shares in US-based Zynga are to be held for at least six months.

Zynga, maker of the popular Farmville game, will pay $1.85 billion (€1.64 billion) for Peak Games, an Istanbul-based creator of games such as Toon Blast and Toy Blast. Zynga’s deal sees it pay equal parts cash and shares.

Draper Esprit said that, on the basis of the current Zynga share price, its holding is worth about £88 million (€97.5 million).

“This transaction represents a significant return on our original investment and builds on the strong momentum we have already generated since starting the new financial year,” said Martin Davis, Draper Esprit’s chief executive.