Bord Bia ranked most reputable company in the Republic 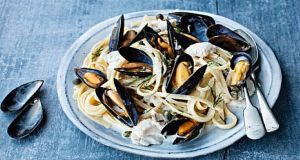 The Irish Food Board, which works to make a commercial success of Irish food, drink and horticultural businesses overseas, came first in a study by the Reputations Agency. File photograph: Board Bia

Bord Bia has come first in a ranking of the most reputable companies and organisations in the State.

The Irish Food Board, which works to make a commercial success of Irish food, drink and horticultural businesses overseas, came first in the RepTrak 2019 study published on Thursday by communications group the Reputations Agency.

This was a return to the top spot for Bord Bia, which was also named the most highly regarded organisation or company in 2016.

The survey is based on the responses of more than 7,000 members of the public who are asked about their level of trust, respect and admiration for 100 of the largest, most familiar and most important organisations operating in the State.

Bord Bia chief executive Tara McCarthy said the organisation was “very proud” of the regard in which it is held, which was “a reflection of the outstanding reputation enjoyed by Irish farmers, food producers and manufacturers”.

With Brexit posing an external threat to the health of the Irish economy, consumers appear to have more faith than ever in organisations responsible for promoting the State’s reputation on the international stage.

The top five was rounded out by all-island marketing body Tourism Ireland and Aer Lingus, which rose 11 places, while the top 10 was completed by Samsung, Kellogg’s, Aldi, Dublin Airport and An Post.

Although seven of the top 10 were Irish organisations, overall the 57 indigenous organisations scored less well than the 43 multinational ones examined.

The Reputations Agency said this was mainly because multinationals came out higher on perceptions of innovation, performance and leadership.

On “willingness to buy products or services”, Aldi, Lidl and Bord Bia took the top three places, while Lidl, credit unions and Aldi were the three highest ranked on “willingness to welcome into my community”.

On the “willingness to work for” measure, the top three were Google, Apple and Tourism Ireland.

The Reputations Agency said that when the scores were averaged out over the 10-year period of the study, the five organisations with the best reputations were An Post, BMW, Boots, Google and Kellogg’s.

“Today organisations are more widely scrutinised based on their alignment with social causes, their behaviour, their organisational values and the internal culture they create,” said Reputations Agency managing director Niamh Boyle.

“They are no longer solely measured on what they make or how they make it. The public are more attuned to the reputation of an organisation than ever before and, for the public, actions speak louder than words.”

The Irish Times was once again the higest ranked media group in the State and the only one to be ranked in the top half of the index.

Ms Boyle highlighted the strong performance of organisations representing the State overseas, as well as the prominence of State-backed bodies within the top 10.