Guinness still the most valuable Irish brand with Baileys the strongest

Other top brands are AIB, Primark/Penneys, Ryanair and Smurfit Kappa 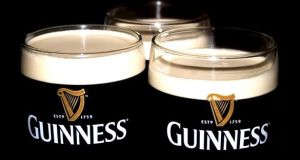 Guinness remains the Republic of Ireland’s most valuable brand, due in part to its ability to innovate with new beers and its continued success at marketing its products, according to a new study.

The top five Irish brands are unchanged from last year with AIB, Primark/Penneys, Ryanair and Smurfit Kappa coming in behind Guinness. Bank of Ireland swaps places with DCC, with Jameson, Ardagh Group and Kingspan rounding out the top ten.

According to the survey, AIB’s brand value jumped 21 per cent last year to €2.3 billion from €1.92 billion due to its success in rebuilding the brand and its attempts at going digital. Rival Bank of Ireland saw its brand value jump 56 per cent to €1.4 billion, largely on the back of its €900 million technology transformation programme.

On the flipside, Ulster Bank lost more value than any other Irish brand, falling by 20 per cent to €243 million as it suffered from the effects of the tracker mortgage scandal.

Budget brand Primark/Penneys saw a 20 per cent rise in brand value to €2.2 billion, while Ryanair saw a 34 per cent jump to €2.1 billon.

While Guinness is the most valuable Irish brand, Baileys is considered the strongest due to its unique identity and its move to launch new products aimed at more health conscious consumers.

Brand Finance calculates the values of brands using the Royalty Relief approach, a method compliant with the ISO 10668 standard.

Its global survey, which was published early last year, ranked Amazon as top brand overall, ahead of Apple and Google.

Rio Tinto looks to diversify board with addition of more women 18:09
Profits rise at tractor-maker Deere on easing of US-China trade dispute 17:23
Will Avolon find itself on the block as China prepares to seize troubled parent HNA? 17:05
Why Sweden ditched its negative rate experiment 16:08
UK business activity grows at steady pace in February 16:08
Search executive
jobs on irishtimes.com