Bear Grylls and Netflix team up for interactive series

Viewers will make decisions on what he eats and does 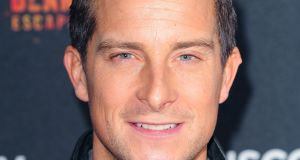 Bear Grylls is teaming up with Nextflix.

Netflix is to debut a new live-action interactive series next month in which viewers get to join survival expert Bear Grylls on his adventures and make key decisions about what he eats, encounters and experiences.

Having recently surprised viewers with Black Mirror’s interactive episode Bandersnatch, in which viewers were put in control of the main character, the streaming service is taking the concept one step further by allowing users to guide Grylls’ on his various journeys.

You vs Wild, which will be available on April 10th, is an eight-episode family-friendly interactive series where viewers make calls that direct the course of Grylls’ adventures.

In the series, Grylls will be wading through dense jungles, over towering mountains, and through harsh deserts and dark forests, facing multiple tough decisions along the way. Whether he succeeds or fails on his mission however, it largely up to viewers who will be asked to make choices that either help or hinder him.

The new series was announced by Netflix at a media event in Los Angeles with the content provider saying it had plans for other interactive shows.

“I’m so proud to deliver this first-of-its-kind live-action interactive series, really giving viewers an all access pass to explore the world and its landscapes in my boots. The stakes are high in this one,” said Grylls.

Bear Grylls has become known as one of the most recognised faces of survival and outdoor adventure through shows such as Man vs. Wild.

He has also written over 85 books selling in excess of 15 million copies.