Some say there’s a ‘national crisis-in-waiting’, so should the Government do something? 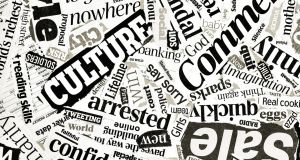 In this year of Brexit faffing and fallout, it’s hard to picture the present Government devoting much energy to the financial sustainability of the Irish media

Should the Government set up an independent commission to examine threats to the future of the Irish news media, and if so would it be time to reach for the face-palm emoji, the scream emoji, the pensive-face emoji or all of the above?

The National Union of Journalists (NUJ), citing a “multi-dimensional crisis”, has been urging for a commission to be established for at least five years now, while earlier this month, Ireland’s largest advertising group, Core, said an independent review was needed to address what its chief executive, Alan Cox, believes is “a national crisis-in-waiting”.

In this year of Brexit faffing and fallout, it’s hard to picture the present Government devoting much energy to the financial sustainability of the Irish media, not even enough to go to the trouble of gathering the usual suspects in a smoke-free room and commissioning a report.

The irony here is that Brexit has already been quietly bad for Irish media groups, leading to what Core termed a “poor, but not unexpected start” to the 2019 advertising market. It is quite possible that Brexit’s contribution to falling revenues could acquire a final-straw effect for some media outlets already struggling with the dramatic structural change in their industry.

But supposing there was to be an independent review, what would it look like and what, if anything, would it achieve?

Past experience suggests any exercise that encompasses public hearings very easily turns into an intellectually muddled moanfest. Politicians are amazingly adept at moving from cheap expressions of support for the importance of a functioning news media in a democratic society to taking revenge-potshots for all the times something was published that they didn’t personally like.

A review without public hearings, on the other hand, very easily ends up amounting to little more than one pebble-like report that sinks to the bottom of the news cycle almost as fast as a similar report would on another industry. Anyone who has followed the cycle of reviews on Irish broadcasting will know that there no end to kicking-to-touch reports with sensible-sounding recommendations that are then ignored.

Neither of these potential outcomes are, of course, reasons not to try.

Core, noting that “other countries take this matter seriously”, points to a possible template provided by the UK government’s Cairncross Review, chaired by Frances Cairncross, economist and former managing director of The Economist.

Possibly the best thing about this review is how elegantly it delineated its task. Its aim was not to protect news publishers – hey, maybe not all of them are worth protecting – but to explore this question: has the rapid growth of online platforms created distortions that justify intervention?

“Newspapers are in a bad way, and it is not easy to see how to rescue them,” was how Cairncross bluntly assessed her task on the website Open Democracy. Her review, published last month, nevertheless had a stab at a few recommendations that might “create a better balance between publishers and platforms”.

Unsurprisingly, the one that dominated newspaper headlines was her conclusion that there should be State financial supports for “public-interest journalism”, defined as uneconomical but democratically vital reporting on public bodies, local councils, courts and inquests.

A similar recommendation would be welcomed by industry bodies here, where Newsbrands Ireland has called for a “news publishers media fund to drive innovation and investment”, while the Independent Broadcasters of Ireland has long sought a direct share of licence fee receipts.

Not everyone has their hand out: journalists weaned on the days when the advertising cake didn’t have to be shared with all-powerful tech companies are often nervous or despairing at the thought of dependence on State cash. For sure, the big mistake for news publishers would be to feel so grateful for the odd sticking plaster that they stop pushing for the wound to be treated.

Although their concerns about the undesirability of a weak Irish media overlap, the NUJ and Core obviously come to this from different perspectives.

The union identifies an over-concentration of media ownership and control – which in practice means the holdings and influence of Denis O’Brien – as the key issue on which the Government should show political courage. Any commission, it says, should examine the protection of editorial independence, the promotion of media plurality, defamation law, diversity and employment standards.

Two tech giants, Google and Facebook, are sucking up the majority of online ad revenues

Core zeroes in on the inability of Irish news groups to benefit from operational scale when just two tech giants, Google and Facebook, are sucking up the majority of online ad revenues.

Cox puts forward the “radical solution” of The Irish Times and Independent News & Media (in which O’Brien is currently the largest shareholder) uniting in a single commercial entity, albeit with separate editorial boards – the logic being that the added operational clout would act as a bulwark to the unfavourable realities of the ad market.

The proposal, certainly emoji-provoking, would likely require a trayful of stiff drinks on both sides of the river, plus the small matters of ownership changes and a wider interpretation of media sector competition. Still, a lot of once unthinkable things have now become thinkable, or indeed have already happened. So, er, there is that in its favour.