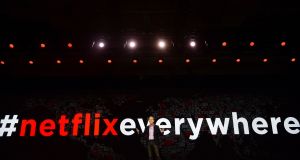 Apple TV+ has gone live in Ireland at €4.99 a month following a seven-day free trial. It will be competing with three players for Irish video streaming subscribers. Here’s how they compare.

Netflix, which has close to 160 million subscribers globally, came to Ireland in January 2012. On the back of original shows such as House of Cards, Orange Is the New Black and Stranger Things, the online streaming platform has built up a loyal audience locally. While it doesn’t publish subscriber numbers on a country-by-country basis, a ComReg survey last year estimated that Netflix was being used in more than 500,000 Irish homes.

Netflix hiked prices recently, although its basic entry subscription plan remained unchanged at €7.99. The standard plan, which allows users to view content on two screens at the same time, rose by €1 to €11.99, while the premium plan, which lets subscribers stream TV shows and movies on four devices simultaneously, increased by €2 to €15.99. A free 30-day trial is available for new users.

Amazon’s Prime video service has been available locally since December 2016. While it has an attractive introductory price of €2.99, a limited number of films and programmes initially meant it took a while for the platform to gain an audience. Original hits such as The Marvelous Mrs Maisel and Good Omens, as well as rights to live tennis, have helped boost subscribers numbers.

Prime costs €2.99 per month for the first six months, and €5.99 per month after that. Subscribers enjoy certain benefits when ordering goods online with Amazon.

Sky’s streaming service launched here in April 2017 and has become increasingly popular due in part to must-watch programmes such as Chenobyl, Succession and Game of Thrones. It offers a large catalogue of movies, entertainment, kids TV and sports, which are available via a number of monthly “passes”. Costs range from €7 for the children’s television service though to €39 for its sports extra pass. A variety of discounts and free trials are available depending on the package.

Aimed at those who do not already subscribe to Sky, the service is available via smart TV apps and through its Smart Stick, which plugs into the back of a compatible television.