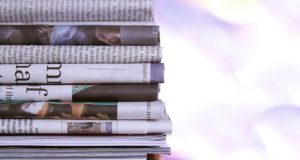 Potential buyers for the Daily and Sunday Telegraph could include Daily Mail and General Trust and Alexander Lebedev, owner of the Evening Standard and The Independent, the Times said.

The Barclay family has put the Daily Telegraph and Sunday Telegraph newspapers up for sale as part of a review of their British investments, Times of London reports, citing an unidentified senior executive close to the family.

Financial advisers are expected to be appointed to value the portfolio of businesses, including The Ritz hotel and online retailer Shop Direct, and seek buyers, the newspaper said. The family hopes the review can be complete in 12 to 18 months, according to the Times. Potential buyers could include Daily Mail and General Trust and Alexander Lebedev, owner of the Evening Standard and The Independent, the Times said.

The Barclay family have owned the Telegraph newspapers since 2004. The review was prompted by the realisation the family is no longer as united on strategy, in what an insider called a generational shift, the Times said. A Barclay family spokesman declined to comment to the Times.

Shop Direct could also be sold, although it is understood Aidan and Howard Barclay want to stay investors, the newspaper said. The Times reported earlier this month that the Barclay family was considering a sale of the Ritz in London. – Bloomberg