There is no stock market bubble

Martin Wolf: It all depends on earnings and interest rates 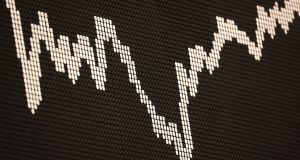 The big questions are whether real interest rates will jump, and how soon. Photograph: Bloomberg

Are stock markets, especially the US market, in a bubble that is sure to pop? The answer depends on prospects for corporate earnings and interest rates. Provided the former are strong and the latter ultra-low, stock prices look reasonable.

The best-known measure of market value – the “cyclically adjusted price/earnings ratio” of Yale’s Nobel laureate, Robert Shiller – is indeed flashing red. One can invert this metric, to show the yield: on the S&P Composite index, this is just 3 per cent today. The only years since 1880 it has been even lower were 1929 and 1999-2000. We all know what happened then.

Desired returns on equities ought to be related to the returns on such supposedly safe assets. This relationship is known as “the equity risk premium”, which is the excess return sought on equities over the expected returns on government debt. This premium cannot be measured directly, since it only exists in investors’ minds. But it can be inferred from past experience, as explained in a 2015 paper by Fernando Duarte and Carlo Rosa for the New York Federal Reserve. More recently, in the Credit Suisse Global Investment Returns Yearbook 2020, Elroy Dimson, Paul Marsh and Mike Staunton of the London Business School estimated the excess return on world stocks over bonds at 3.2 percentage points between 1900 and 2020. For the UK, the excess is estimated at 3.6 percentage points; for the US, at 4.4 percentage points.

Are these excess returns in line with what people initially expected? We do not know. But they are a starting point. The premium demanded now might be lower than that sought for much of the past 120 years. Corporate accounting has improved greatly. So, too, has macroeconomic stability – at least by the wretched standards of the first half of the 20th century. Moreover, the ability to hold diversified portfolios is far greater now. Such changes suggest the risk premium, often believed to be excessive, should have fallen.

The Credit Suisse study estimates aggregate real returns on stocks and bonds in 23 markets weighted by market capitalisation at the start of each year. It shows, interestingly, that the excess return of equities since 1970 have been very low and since 1990 negative. But this is because of very high real returns on bonds, as inflation and real interest rates collapsed. Looking ahead, it estimates the prospective excess return of equities at 3.3 percentage points. This is the same as the long-run historical average.

Further support for the rationality of the US market today is that 55 per cent of the increase in the S&P 500’s market value over the past 12 months is due to gains in the information and technology sector. This makes sense, given US dominance in these areas and the technological shift of 2020. We should also note that real interest rates below zero make future profits more valuable than profits today, in terms of present value. Looking through the short-term impact of Covid-19 makes sense.

Given the interest rates, then, stock markets are not overvalued. The big questions are whether real interest rates will jump, and how soon.

Many believe that ultra-low real rates are the product of loose monetary policies over decades. Yet, if that were right, we would expect to see high inflation by now.

A better hypothesis is that there have been big structural shifts in global savings and investment. Indeed, Lukasz Rachel of the Bank of England and Lawrence Summers of Harvard argued in Brookings Papers 2019 that real economic forces have lowered the private sector’s neutral real interest rate by 7 percentage points since the 1970s.

Some major stock markets, notably the UK’s, do look cheap today. Even US stock prices look reasonable, valued against the returns on safer assets. So will the forces that have made real interest rates negative dissipate and, if so, how soon? These are the big questions. The answers will shape the future. – Copyright The Financial Times Limited 2020