Purpose of corporation is to serve all of its constituents, including employees, customers, investors and society at large, the Business Roundtable says 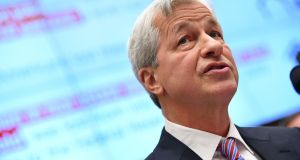 Jamie Dimon, chief excecutive of JPMorgan and dozens of other leaders at some of the world’s largest companies said they plan to abandon the long-held view that shareholders’ interests should come first.

The purpose of a corporation is to serve all of its constituents, including employees, customers, investors and society at large, the Business Roundtable said Monday in a statement. Dimon, of JPMorgan Chase, heads the group.

“While each of our individual companies serves its own corporate purpose, we share a fundamental commitment to all of our stakeholders,” the group said in the statement. “Americans deserve an economy that allows each person to succeed through hard work and creativity and to lead a life of meaning and dignity.”

The shift in corporate priorities comes as widening income inequality and the rising costs of such things as healthcare and higher education have led some politicians and critics to question whether the fundamental premise of American capitalism should be revamped.

Some executives also have complained that an outsize focus on share prices and quarterly results hamper their ability to build businesses for the long term.

The idea that businesses exist primarily to benefit shareholders – also known as shareholder primacy – took hold in corporate America in the 1980s.

In 1997, the Business Roundtable embraced the idea in a document outlining governance principles.

Both Dimon and Fink have written open letters saying that chief executives should take on a larger responsibility for tackling societal matters and, at times, take stances on politically controversial topics.

“Stakeholders are pushing companies to wade into sensitive social and political issues -- especially as they see governments failing to do so effectively,” Fink wrote this year.

The message echoed a position he took in 2018 urging CEOs to make a more positive contribution to society. BlackRock oversees almost $7 trillion in assets. – Bloomberg