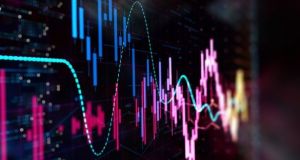 US technology stocks were set for further falls as concerns about economic damage from coronavirus drove investors to take more profits from a sector that rallied strongly this summer.

Futures contracts on the tech-heavy Nasdaq 100 fell 1.4 per cent as shares in virtual conferencing group Zoom and electric vehicle maker Tesla declined more than 3 per cent in pre-market trading. Apple, the biggest weight in the index, dropped almost 2 per cent.

This followed a sell-off on Wall Street on Wednesday, in which the Nasdaq Composite shed 3 per cent. The gauge is on course for its worth month since March, having fallen 9.7 per cent in September as of Wednesday’s closing price. It soared 65 per cent from April to its high in August.

But investors were “now taking profits, and when you take profits, you bank from your largest gains,” said Johanna Kyrklund, chief investment officer at fund manager Schroders.

The S&P 500, Wall Street’s other main index, has fallen 7.5 per cent this month after also rallying strongly from late March to late August. It had been “surprising” how much equities had rallied “against the backdrop of the virus,” Ms Kyrklund said.

In Dublin, the Iseq index was down 1.1 per cent in afternoon trading with the banks, Glanbia and Smurfit Kappa among the stocks in decline.

Markets had assumed that massive monetary stimulus from the US and European central banks would be enough to secure an economic recovery from the pandemic, she added.

Such positivity was blown off course on Wednesday, when top Federal Reserve officials warned that the US economic recovery would suffer if lawmakers failed to pass a new fiscal stimulus package.

“The economy is recovering robustly, but we are still in a deep hole,” Richard Clarida, Fed vice-chairman, told Bloomberg Television on Wednesday.

Despite such comments, said Alessia Berardi, investment strategist at Amundi, there was not likely to be any major economic stimulus package from Washington until after the November presidential elections.

“The fiscal actions will be limited to damage control rather than any strong spending package,” she said. “Markets are beginning to work this out.”

European equities touched a three-month low earlier on Thursday, with the region-wide Stoxx 600 falling by 0.9 per cent before recovering to trade 0.3 per cent lower.

There was no one factor driving sell-offs in Europe, Ms Berardi said, but rather a confluence of negative events over the past few days.

The dollar, which is viewed as a haven from market volatility and also rises when institutional investors bank profits from share sales into the world’s reserve currency, held on to a two-month high against trading partner currencies on Thursday.

The index tracking the dollar’s moves against rivals has gained 2.6 per cent this month, leaving it on track for the sharpest monthly increase since late 2016.

The price of gold, which often moves inversely to the dollar, drifted to a two-month low of $1,851 per troy ounce, having reached a record high of more than $2,000 in August.

The dollar’s rebound, Ms Kyrklund explained, was less a vote of confidence on prospects for the US economy and more a case of investors choosing to hold the US currency because, unlike in the eurozone, the US has not implemented negative interest rates.

“Choosing currencies is like judging an ugly competition,” she said. “Which do you find the least objectionable?”