Malin and Hostelworld drop as fund shuts gates on cash-ins 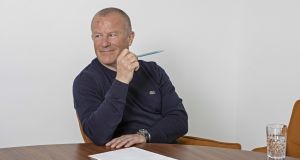 One of the UK’s best-known fund managers, Neil Woodford, has moved to block investors taking money out of his flagship fund, sending shares in many of its holdings, including Dublin-listed Malin, lower on Tuesday.

The investment manager said late on Monday that dealings in Woodford’s equity income fund had been suspended for up to 28 days, after experiencing “increased level of redemptions”.

The move was intended to protect investors and give the firm time to sell off investments, including in private companies. Investments in unlisted securities are unusual for a mutual fund.

The suspension only relates to the single fund.

For many investors, the freeze will bring back unpleasant memories of the turmoil that followed the 2008 financial crisis, when some managers resorted to such extreme measures to safeguard holdings.

* Dublin-listed Hostelworld, in which the UK firm had previously been an invetsor, dropped 3.4 per cent to £2.00 in London. The Woodford fund notified the Irish Stock Exchnage in November that it had halved its stake in Hostelworld from 9.45 per cent to below the 5 per cent reporting threshold.

A spokesman for Hostelworld clarified that Woodford sold its entire stake in hostel online booking company at the time.

Shares in both had been held in the fund at the centre of the redemptions suspension.

“Events such as this are rare, but it is a reminder to all of the risks that come with investing in illiquid assets while offering daily liquidity to investors,” said Ryan Hughes, head of active portfolios at AJ Bell. “This never appears to be a problem when money is flooding in, but when sentiment turns it can come back to bite investors badly – as has happened here.”

The latest events are a dramatic turn for Mr Woodford, who built his reputation into a cult following by calling major swings in technology, tobacco and other stocks over decades at Invesco Perpetual, and once managed the UK’s largest equity fund. He launched his own vehicle in 2014 and got it off to a strong start before stumbling.

The flagship fund’s assets fell by £560 million (€632 million) in May as it was hit by investors pulling their money and poor investment performance. The fund manages about £3.8 billion of assets, according to Morningstar data.

Fund investor Kent County Council said on Tuesday it was “disappointed” it wasn’t warned in advance of the freeze on withdrawals. The council attempted to redeem its £238 million investment yesterday.

Suspending trading in a fund is usually only used as a last resort to protect those investors choosing to remain in the fund from a fire-sale of the fund’s assets. That’s something a number of property funds were forced to do around Britain’s Brexit vote in June 2016.

* The story was edited on June 5th to reflect Hostelworld clarification that the UK fund management company exited its investment in the Irish company entirely in November.

1 Aer Lingus confirms job cuts due to ‘decimation in demand’
2 Why is Germany suddenly embracing its inner Keynesian?
3 Passengers face queuing in car parks at Dublin Airport
4 Major credit union plans to limit savings accounts to €40,000
5 Prospect of foreign travel highlights remaining restrictions here
6 Avoca wins battle with Monkstown locals over cafe operation
7 Cycling made easier with an Irish-made electric bike
8 In six months we will be in the grip of a 1980s-style recession
9 ‘The recovery needs to be a full-scale economic renewal’
10 AstraZeneca targets two billion doses of coronavirus vaccine
Real news has value SUBSCRIBE