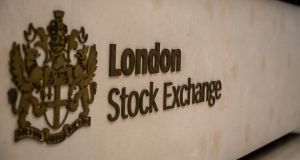 The LSE will bank a significant profit on the €1.6 billion it paid in 2007 when buying Borsa. Photograph: Chris J Ratcliffe/Getty Images

Euronext is to buy Borsa Italiana from London Stock Exchange for €4.3 billion in cash, the companies said on Friday, in a major expansion of the French operator’s network of European trading platforms.

The deal could bring LSE a step closer to winning approval for its $27 billion (€2.3 billion) purchase of data provider Refinitiv, which is 45 per cent owned by Thomson Reuters, the parent company of Reuters News. LSE put Borsa up for sale to alleviate the European Commission’s concerns about its control over the European bond market.

While LSE said it would have preferred to keep its Italian arm, it will bank a significant profit on the €1.6 billion it paid in 2007 when buying Borsa.

For Euronext, which operates bourses in Paris, Amsterdam and Dublin among others, the deal will bulk up its equity operations, with the combined group operating exchanges with more than 1,800 listed companies and an aggregate market value of around €4.4 trillion.

“Euronext will significantly diversify its revenue mix and its geographical footprint by welcoming the market infrastructure of Italy, a G7 country and the third largest economy in Europe, ” Euronext chief executive Stephane Boujnah said in a statement.

According to Jeffries analysts, the deal values Borsa at 16.7 times 2019 Ebitda earnings before synergies versus the 15.5 times average for recent market infrastructure mergers and acquisitions “which we think looks reasonable as exchanges of this size and quality rarely come to market”.

However it will be a big deal for the French market operator, which has a market value of around €7 billion, to swallow. It plans to issue €1.8 billion in debt and raise €2.4 billion in new equity to fund it.

Its share price was down 3 per cent and LSE’s up 0.4 per cent on Friday morning.

“Overall, higher synergies coming at a higher price and a bigger rights issue than we expected,” Credit Suisse analysts said in a note.

Euronext said the transaction was expected to be immediately accretive to its adjusted earnings per share before synergies. Based on its 2019 financials, the combined group would have generated €1.3 billion in revenue.

The sale of Borsa is politically sensitive in Italy due to its ownership of MTS, which handles trading of Italy’s €2.1 trillion government bond market.

To secure the Italian government’s backing, Euronext has teamed up with state agency Cassa Depositi e Prestiti (CDP) and Italy’s biggest bank Intesa SanPaolo, who will subscribe to €700 million of Euronext’s equity issue.

The sale is contingent on the European Commission formally stating it will only approve LSE’s Refinitiv deal if all or part of Borsa Italiana is sold.

“We believe the sale of the Borsa Italiana group will contribute significantly to addressing the EU’s competition concerns,” LSE chief executive David Schwimmer said in a statement. - Reuters