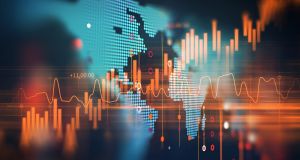 A recovery rally in European stocks gathered pace for a second day on Thursday after investors brushed off a spike in US inflation, turning their focus back to strong company earnings from heavy hitters including Europe’s largest aerospace firm, Airbus.

Shares in Dutch insurer Aegon gained 4.4 per cent after the firm reported a doubling of quarterly net income and raised estimates for future earnings, thanks to a tax cut in the US where it does around 60 per cent of its business.

Another notable faller was Nestle whose shares hit a 10-month low, down 2.4 per cent after the Swiss food giant reported last year’s organic growth was the weakest since it began recording the measure in 1996.

Bank and insurance firm Old Mutual, and mining company Anglo American rose to the top of Britain’s FTSE 100 after president Jacob Zuma resigned in South Africa, sending the rand to near three-year highs.

Both firms derive a high proportion of their revenue in South Africa, whose parliament was set to elect a new president later on Thursday. - Reuters