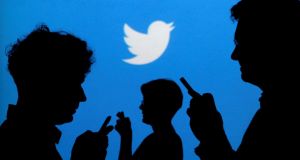 World stock markets remained volatile on Thursday, with Europe initially performing well before poor performance in the US dragged stocks down.

Major US indices fell more than 1 per cent as US bond yields crept back towards four-year highs. The Iseq overall index fell 1.58 per cent in line with broader European markets.

In the UK, the FTSE 100 dropped on the day after the Bank of England raised the prospect of higher interest rates, sending the pound higher, which weighed on big British overseas earners.

Irish stocks traded lower on Thursday in line with broader European markets, with stocks with US exposure mostly negative.

Iseq heavyweight CRH was down by 3.06 per cent to €27.24 as shares in an Italian peer fell, with the company citing the weaker dollar and poor weather conditions in the US.

Following news from the UK that Bank of England governor Mark Carney is planning to raise interest rates earlier and more sharply than previously thought, AIB fell by 0.54 per cent to €5.51 while Bank of Ireland was up by 0.26 per cent at €7.64.

The FTSE was closed 1.5 per cent lower at 7,170.69 points. The index is down 6.7 per cent in the year to date, making it the worst performer among top European bourses.

The rise in the currency weighed on the FTSE’s predominantly dollar-earning firms, with shares in heavyweight consumer staples British American Tobacco, Reckitt Benckiser and Unilever dropping 1.8 per cent to 3.2 per cent.

On the day shares in banking stocks RBS, Barclays and Lloyds were among the dozen or so stocks in positive territory, up 0.4 per cent to 1 per cent. GlaxoSmithKline was another riser, up 1.4 per cent after US regulators delayed approval of a generic copy from Novartis of its blockbuster Advair lung drug, and after the group took legal action against Gilead Sciences over a new HIV drug.

Miners, along with energy stocks, were a big weight on the FTSE, with the two commodities-related sectors collectively wiping around 40 points off the index, as prices of copper and other metals fell and oil retreated.

European shares closed in negative territory on Thursday as volatility made a brutal comeback and ended a short-lived rebound after the beginning of the week’s global sell-off.

Results from ABB, a bellwether of European heavy industry, failed to cheer investors who have loaded up on cyclical stocks since December in the hope of a profit boost from synchronised global growth. The stock plunged 6.7 per cent.

France’s Pernod Ricard, up 2.1 per cent after it raised its profit goals, were among the other companies to gain after earnings statements.

Tesla was down 3.2 per cent after the electric automaker said spending could rise in 2018.

1 Chris Johns: A shopping list for the post-Covid 19 world
2 New rescue plan for businesses hit by coronavirus crisis
3 O’Brien may pull off $1.7bn Digicel debt write-off – but at what cost?
4 Economy could have relatively rapid recovery from Covid-19
5 Cash-starved workers should get access to pension funds, says Mercer
6 An Post sees big jump in people opening new current accounts
7 Google data shows fall in crowds in Ireland as social distancing measures kick in
8 Covid-19: Westport braces for tough times ahead
9 CRH chief’s €9.3m pay package under scrutiny as Covid-19 impacts earnings
10 How to budget your way through financial realities of Covid-19
Real news has value SUBSCRIBE