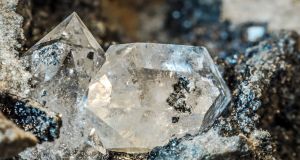 Botswana Diamonds is starting another phase of work to identify drill targets in a joint venture in the Central Kalahari Game Reserve.

Founded by executive chairman John Teeling, the former owner of Cooley Distillery, the Irish company has licenses in both Botswana and South Africa.

The London-listed exploration company said Tuesday it is commencing work on the joint venture with Sunland Minerals to follow up on 15 previously identified priority targets.

This fully-funded phase of the work will use ground magnetics to supplement the airborne gravity and airborne magnetic data obtained in earlier work.

A soil sample programme will operate in conjunction with the magnetic surveys. “The objective is to turn geophysical targets already identified into drill targets,” a statement from the company said.

In an update to the stock market the company told shareholders it came second in the Livingstone and Stanley award for African exploration, held in Cape Town, South Africa, last week, behind Randgold Resources.