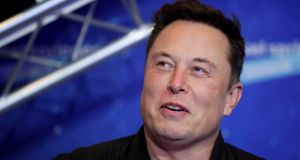 Elon Musk is the world’s greatest gift to cryptocurrencies. These “coins”– really little more than lines of code – still have few real-life use cases.

They are handy for laundering money and buying drugs on the internet, and are beloved by the hardcore libertarian and paranoid among us who long to be free from investor protections. But they are only slowly creeping into everyday transactions.

They pay no dividends and give no shareholder rights. They are plagued with scams and spark alarm among environmentalists for the huge amounts of computing power used up in their creation. Their volatile value is only as much as the next person is prepared to pay for them.

But when that next person is Tesla founder Musk, a billionaire idolised by countless amateur traders, the amount can turn out to be quite high.

In recent weeks, Musk has appeared to focus his attention on dogecoin – a cryptocurrency branded with jaunty images of a Shiba Inu dog and established in 2013, very deliberately, as a joke.

With his help, including a February 4th tweet describing dogecoin as “the people’s crypto” and a February 6th Twitter poll asking whether dogecoin is “the future currency of Earth”, he managed to propel the value of the dogecoin “market”, for want of a better term, to more than $10 billion (€8.25 billion), a record high. It is now up about 900 per cent since late January.

Now it turns out that while Musk was drawing a crowd with his bizarre comments and images boosting a “currency” that, to reiterate, is a joke, it would have been worth paying more attention to another of his tweets.

On December 20th, Musk broadcasted a cartoon image of a monk, hands clasped in prayer, tagged as “me trying to live a more normal productive life”. To his side was the suggestive image of a beautiful young woman, skirts hitched to her waist and no obvious signs of underwear. The word bitcoin was plastered over her nether regions.

This is not the sort of material that professional analysts and investors in Tesla may be accustomed to tracking. But it came just weeks before the company on Monday revealed it had spent $1.5 billion on bitcoin, following a change in its investment policy last month. The company also plans to start accepting bitcoin for payments.

The news sent the price of bitcoin shooting 14 per cent higher to a new record of more than $44,000.

What to make of all this, aside from the fact that Musk has no taste filter on his tweets?

The constructive view, perhaps, is that Tesla’s apparent intention to accept payments in bitcoin could prove to be a key moment in the cryptocurrency’s evolution towards a standard method of payment. That may be so, although right now, while it is still not unusual for the price of bitcoin to fluctuate by 10 per cent or more a day, it remains hard to imagine.

The wearier view is that this is just the sort of silliness we need to get used to at this stage of the longest market bull run in history. No one is forced to buy bitcoin, or dogecoin for that matter. Some fans have reaped life-changing rewards from their faith in the crypto gods, and good luck to them. But the pitfalls are well known enough that buyers know the risks. Regulators in the UK and elsewhere frequently remind purchasers that they must be prepared to lose all of their money.

Professional fund managers keep a close, if often reluctant, eye on this market, just as they were jolted into paying attention to last month’s rocket-like rally in the shares of GameStop, a stumbling US video games retailer. That is because wildly speculative behaviour by amateur investors is usually a good sign that benign market conditions are close to expiring.

Global stocks have climbed 77 per cent since the shortlived slump when coronavirus first struck markets a year ago. Everyone is on high alert for a pullback. But few predict an imminent crash. Some feel that markets are incapable of crashing while the fiscal and monetary support is so plentiful. The vast amounts of money poured into the financial system by central banks and governments has to come out somewhere. This is one of those places.

And just as markets can remain irrational longer than you can remain solvent, amateur investors are demonstrating that their wild speculation can be wilder, and potentially longer lasting, than anything we have seen before. – Copyright The Financial Times Limited 2021