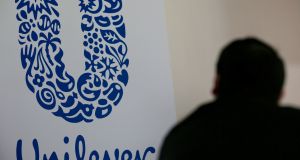 Anglo-Dutch consumer goods giant Unilever said in a filing on Monday that a plan to unify its headquarters in London and scrap its Dutch base might not go ahead – if a law enacting an “exit tax” in the Netherlands is enacted.

Unilever said the law, if passed, would mean it needs to pay €11 billion to the Dutch government.

The Netherlands’ council of state is considering the proposed law and will give an advisory opinion as to whether it is legal. It has not set a date for its decision.

The remarks were published on Monday as part of a shareholders’ circular ahead of a September 21st extraordinary meeting in Rotterdam to approve the unification.

Unilever had initially decided to unify headquarters in Rotterdam, in 2018.