Proposed unification would mean more flexibility for mergers and acquisitions 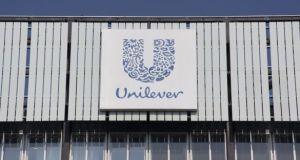 Unilever’s proposed unification would unwind a structure that has been in place since 1930.

Unilever proposed combining its Dutch and British legal entities in a single holding company based in Britain on Thursday, after shareholders sank an earlier plan to move the global consumer goods group’s headquarters to the Netherlands.

The proposed unification, which would unwind a structure that has been in place since 1930, would give Dove soap maker Unilever more flexibility for mergers and acquisitions and reduce complexity, said the Anglo-Dutch company.

The proposal, which resulted from an 18-month review, was accelerated in part by Unilever’s decision to demerge its tea business this year. Unilever said achieving that demerger would be significantly more complex under its “dual headed” structure.

Jefferies analysts said the plan is the reverse of Unilever’s attempt in 2018 to have a prime listing in the Netherlands. Unilever has a new chairman and chief executive since the failure of that proposal in the face of a shareholder revolt.

Unilever said the new plan will not change its operations, locations, activities or staffing in Britain or the Netherlands.

“Unifying the company’s legal structure will create greater strategic flexibility, remove complexity and further improve governance. We remain committed to the Netherlands and the UK and there will be no change to Unilever’s footprint in either country,” said Unilever chairman Nils Andersen.

The formation of the Britain-based parent, Unilever Plc, will be subject to approval from shareholders of both Unilever NV and Unilever Plc and is not expected to be a taxable event.

Unilever said it will be achieved through a cross-border merger, with shareholders of Unilever NV getting one share of Unilever Plc for each share held.

Unilever said it had received Dutch government blessing for the new plan and would continue to base its food and refreshment division headquarters in the Netherlands. – Reuters