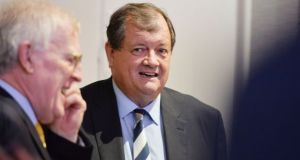 Glass and metal container group Ardagh has raised $1 billion (€911 million) in a bond sale. The company, which had been seeking to raise $600 million, is using the net proceeds to repay debt.

The group will use the money to buy back a portion of its $1.7 billion 6 per cent senior notes due in 2025.

“Ardagh is delighted with the continued and broad-based investor support we have received in this upsized financing, which further improves our debt maturity profile,” Mr Coulson said.

Ardagh Group is a global supplier of recyclable, metal and glass packaging. It operates more than 50 metal and glass production facilities in 12 countries across three continents, employing more than 16,000 people with sales of $6.7 billion.

The company pulled its full-year financial forecasts last month amid economic uncertainty, even though demand for its products have generally remained strong to date.

However, the company said it had seen a “noticeable decline” in demand for glass bottles in its European business, which is more heavily exposed to cafes, hotels and restaurants than other units.