‘The Irish Times’ Business Person of the Month: Harry Hughes 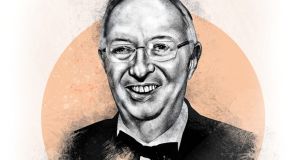 Harry Hughes, the chief executive of the fast-growing family-owned workwear clothing business Portwest is the recipient for The Irish Times Business Person of the Month Award, in association with KPMG, for October.

Mr Hughes, who is the third generation of the Hughes family to run the Westport, Co Mayo-based business that was established in 1904, was last month named the Irish EY Entrepreneur of the Year for 2017.

Portwest also acquired its second business in Australia in October, spending almost €10 million to buy a family business in Melbourne. It expects this deal will more than double its turnover in Australia and New Zealand to between €20 and €25 million.

That would amount to around 10 per cent of the group’s business and comes just months after it spent €7.5 million on Prime Mover Workwear, its first acquisition in Australia.

The Mayo business, which Hughes runs with his brothers Cathal and Owen, also announced plans in October for a new €10 million headquarters in Mayo. The group, which employs 2,100 people worldwide - including 150 in Westport - and exports to 110 countries has been growing sales at 30 per cent a year.

The family also owns the four-star Hotel Westport and the Westport House, the 18th-century mansion.

Tick all the right boxes when it comes to your house insurance 05:06
Is there a middle ground on co-living schemes in Ireland? 05:05
Stocktake: Snowflake stock looks bubbly 05:00
Top law firm lobbies Government for defamation reform 05:00
New €2m telecoms research initiative described as a ‘game-changer’ 05:00
Search executive
jobs on irishtimes.com