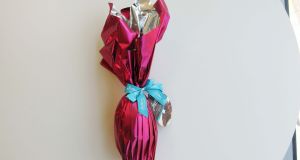 Carlyle Cardinal Ireland (CCI), a fund jointly owned and run by US player Carlyle and the Irish-owned Cardinal Capital group, has entered into exclusive talks with an unnamed bidder to sell the Lily O’Brien’s chocolate company.

CCI paid about €15 million three years ago for control of the company, and it is understood the fund is now on the verge of roughly tripling its money.

The fund earlier this year hired IBI Corporate Finance to find a buyer for Lily O’Brien’s, which was founded 25 years ago by former independent senator Mary Ann O’Brien.

Sources say the sale process is now well advanced, with a single preferred bidder, although it is so far unclear whether this is a trade buyer or another private equity buyer.

Ms O’Brien founded the business in her kitchen and it has since grown into a major exporter of chocolate, confectionery and desserts. It is named after her daughter.

In recent years, under CCI’s ownership, distribution was ramped up, particularly in the UK, and Lily O’Brien’s annual revenues rose by almost half to more than €32 million.

The deal, when completed, will represent CCI’s first exit from its portfolio of Irish smaller and medium-sized businesses. It has also invested in companies including payment tech company Payzone, food group Carroll Cuisine and Sam McCauley chemists.

The fund seeks to invest between €5 million and €50 million in each business, and says it will partner with other investors for higher cash injections.