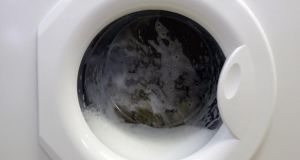 One of Punch’s biggest sellers is colour catcher, designed to prevent dye running in clothes washes.

Cork-based Punch Industries will be absorbed into Henkel next year when the German chemicals giant buys the Irish company’s parent, Spotless Group, in a €940 million deal that will see €300 million repaid to a group of lenders, including Bank of Ireland.

Punch ended the year with a €1.1 million retained loss as a result of the dividend payment as its post-tax profit was €10.15 million. This led to a dip in assets to €17.1 million. After factoring in its pension liability, shareholders’ funds were €14.7 million.

The company’s main business is making and selling fabric and shoe care and cleaning products. One of its biggest sellers is colour catcher, designed to prevent dye running in clothes washes.

Abigail Punch founded the company as a tea importer in 1851 and from there it evolved into a manufacturing business.

French group Spotless bought it from her descendants in 2006. It never revealed what it paid, but subsequent deals valued Punch at up to €50 million.

German group Spotless owns a range of cleaning and home and garden care products that are sold across a number of countries in northern and western Europe.

Frankfurt-listed Henkel recently agreed to pay €940 million for Spotless, which means that Punch and its fellow manufacturers will become part of the German group.

One of the deal’s beneficiaries will be Bank of Ireland, which, along with three French finance institutions, loaned €300 million to BC Partners in 2010 to buy Axa Private Equity’s 65.6 per cent stake in Spotless for €393 million.

The banks did not take any equity and provided only senior debt. It is understood that that debt is being repaid as part of the sale. According to reports at the time, Bank of Ireland and the French lenders each provided €75 million.

On the basis the BC Partners deal valued Punch Industries at about €43 million in 2010, the price being paid by Henkel implies the Irish business is valued at closer to €70 million.

It also represents a significant mark-up for BC Partners. The private equity fund’s 65.6 per cent stake is now worth €616 million, an increase of just over 56 per cent on the €393 million it paid for the holding.

Henkel’s takeover is awaiting regulatory approval and, assuming it gets this, is likely to be completed early next year.

Spotless had sales of €280 million last year. Henkel says its offer represented 12.1 times earnings before interest, tax and write-offs, a measure of the cash that a business generates. This implies Spotless’s earnings were €78 million.

Henkel plans to integrate the business with its laundry and homecare division, whose brands include Persil.