Orcem has the right to appeal the decision in Vallejo, San Francisco Bay, California 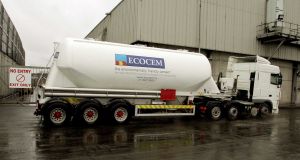 Planning officials have refused Irish cement manufacturer Ecocem permission to build a €45 million grinding mill in the US.

At about 7am on Tuesday Irish time, Vallejo’s planning commission voted by six to one to refuse Orcem permission to build the factory.

According to initial reports, the biggest issues for planners were the increase in the number of trucks on local roads and the pollution that would result from the plant.

Commissioners argued that these would damage the quality of life for communities close to the proposed site for the mill on Vallejo’s waterfront.

Commission chair Landis Graden said: “I looked at this project and asked myself ‘Would I put my mother there?’ That answer is no and I cannot support the project.”

The meeting was the second time that the public locals and planners had gathered to discuss Orcem’s proposal. The debate opened on February 27th but was adjourned after several hours.

Orcem has the right to appeal the decision to Vallejo’s City Council, which could overturn the planning commission’s ruling.

Ecocem’s subsidiary intends to build the factory on the site of an old flour mill on the ’s waterfront.

It will grind furnace slag from iron smelting, which can then be used as a component in cement.

The company says that this cuts greenhouse gas emissions from normal cement manufacture by 90 per cent.

Orcem began its application for planning in late 2015. Large numbers of local people oppose the project.