Aston Martin chief to leave as part of shake-up

Performance in two years since 2018 initial public offering dismal, stock down over 90% 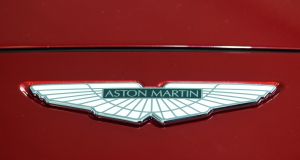 Aston Martin’s chief executive Andy Palmer is leaving the business as part of a shake-up aimed at restoring the fortunes of the flagging carmaker, according to two people with knowledge of the move.

The luxury carmaker will name Tobias Moers, who runs the AMG performance arm of Mercedes-Benz, as his replacement in an announcement scheduled for Tuesday.

When contacted on Sunday, Mr Palmer said he had not been informed of the coming announcement and declined to comment further.

Aston Martin confirmed it was “reviewing its management team”, without giving details. “A further announcement will be made as and when appropriate,” said the company.

Mr Palmer, who joined Aston as its chief executive in 2014 from Nissan, oversaw a revival at the company that was close to bankruptcy.

But the group’s performance in the two years since its initial public offering in 2018 has been dismal. Shares have fallen by more than 90 per cent as the company was hit by oversupply to its dealerships, poor demand for its Vantage model, and a global slowdown among luxury buyers. – Copyright The Financial Times Limited 2020