Coty hives off majority stake in Wella portfolio to KKR 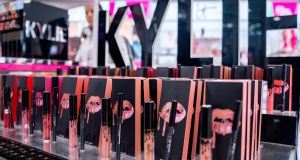 Cosmetics group Coty said on Monday it would sell a majority stake in its hair and nail care brands, including Wella and OPI, to US buyout firm KKR for $3 billion (€2.7 billion) in cash in a push to simplify its product portfolio and cut down debt.

Shares of the company rose 15 per cent after it also laid out plans to cut costs by $700 million (€647 million) and announced an additional $1 billion (€925 million) investment by KKR.

Coty, which has been struggling with slowing sales and mounting debt, had put the brands on the block last October and has since seen interest from some well known consumer names such as Unilever and Henkel.

The Coty portfolio was valued at about $7 billion (€6 billion) earlier this year, Reuters reported, before coronavirus ravaged the market, redirecting consumers’ focus towards online beauty products including home dye kits.

The company’s brand portfolio became complicated after it failed to integrate the more than 40 brands – including Clairol and Wella – it acquired from Procter & Gamble for $12.9 billion (€11.9 billion) in 2016, forcing it to rethink its strategy.

That 2016 acquisition included a plant in Nenagh, Co Tipperary that it subsequently closed in 2018 with the loss of more than 200 jobs.

In an effort to revitalise its sales, the company bought a majority stake in Kylie Jenner’s make-up and skincare businesses late last year, banking on Jenner’s more than 270 million social media followers to attract a younger audience.

Still, Coty on Monday reported a wider-than-expected loss and revenue fell 23 per cent for the three months to March 31st.

As part of the deal with KKR, the private equity firm will also get two board members, the company said, also announcing its will suspend its dividend for the next one year.

Coty said that under the deal, which also includes the Clairol and ghd brands, the businesses will operate as a standalone company, with KKR acquiring a 60 per cent stake and Coty retaining the rest.

New York-based Coty will continue to fully own its mass beauty business in Brazil, for which the company was exploring options.

Excluding items, it posted a loss of eight US cents, compared with Wall Street estimates of a one-cent loss, according to IBES data from Refinitiv. – Reuters