Irish merger and acquisitions up, along with value of deals 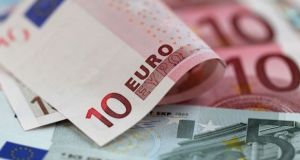 There was a jump in mergers and acquisitions in the State last year. The value of such deals surged, new figures from Mergermarket show.

The value of Irish mergers and acquisitions rose 370 per cent compared with 2017, with a record 163 transactions taking place worth a combined €76 billion. This marks the highest number of deals recorded in over five years and compares with 151 transactions with a value of €16.2 billion in 2017.

The 2018 deal values were skewed by the $62 billion (€54 billion) approach by Japan’s Takeda Pharmaceutical for Dublin-headquartered Shire, a transaction that was officially completed last week.

Servier’s $2.4 billion acquisition of Shire’s oncology franchise was the second-largest deal locally last year, followed closely by Orix’s purchase of a stake in Avolon for $2.2 billion.

IBI Corporate Finance and Arthur Cox were ranked the most active financial and legal advisers respectively in terms of deal count in 2018.

“Cross-border M&A remains key to Irish deal-making, with foreign investment into the country reaching its highest number of deals on record in 2018. It is still unclear, however, how such activity will be affected in the coming months by the continued uncertainty surrounding Brexit,” said Jonathan Klonowski, a research editor at Mergermarket.

Globally, the number of mergers and acquisitions struck last year fell for the first time since 2010 to 19,232. Transactions that did make it to the signing table reached $3.5 trillion worth of activity, making 2018 the third-largest year on record in terms of value since Mergermarket started counting deals in 2001.

Average deal size was at its second-highest value on record, reaching $384.8 million, just below the $400.3 million peak reached in 2015.

Separate figures from Pitchbook show that about 200 venture capital deals worth a combined €553 million were completed in the Republic last year. This marks a significant gain on the previous year, when the total of amount of capital invested was €100 million less. However, it was down from 2016’s peak of more than €632 million.

The research company noted that 2019 was off to a positive start, with Galway-based Atlantic Therapeutics announcing a €28 million Series B founding round just last week.

According to Pitchbook’s data, which excludes accelerator and incubator funding, Delta Partners has been the most active venture capital investor in the State since 2014, with 38 deals completed. It is followed by Act Venture Capital with 34 deals, Kernel Capital with 29, and Frontline Ventures and Sean O’Sullivan’s SOSV, which both have 28 recorded transactions.

Rounding out the top 10 most-active VC investors in the State are: Enterprise Equity Venture Capital with 22 deals; Fountain Healthcare Partners with 16; Tribal VC with 13; Growing Capital with 12; and Investec Ventures with 11.