Big brother is already watching over us – but what kind of brother will he be? 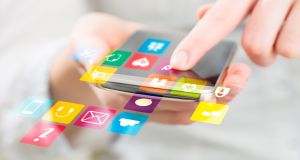 The internet and our interaction with it are becoming more and more complex. New phone apps tempt us with useful new services we never knew we needed but now seemingly can’t live without. The complexity of our involvement in this relationship is becoming apparent.

Each new app first asks for permissions for access to your personal files, contact lists, email lists and phone records, and wants to know where you are and how long you have been there and so forth. I downloaded a torch app a while back and it, too, was seeking to access my activities. What requirement does a simple torch have for such details? And as with the other apps, if you don’t play ball, you don’t get the app.

Many people don’t give this surrender of information a second thought: you want the app, it comes from a safe producer, there are four million downloads in use already so it must be okay. They hit install and wait for the app to download. At that point, however, the app begins serving two masters. It works for you, giving you the utility you asked for, but it now also sits inside your mobile phone, with ready access to who calls you, when you use your phone, when the apps come into play and more. And because it also has your permission to share the information it collects, this data can be exported to other locations.

If this still seems okay – that there is a growing pool of information about you being built up by unseen apps working for unknown entities – then consider this quote from the English philosopher, statesman and scientist Sir Francis Bacon when writing in Meditationes Sacrae (1597): “Ipsa scientia potestas est” or “Knowledge itself is power”.

The systems that are holding all this raw data are also very good at making associations and connections to others. I remember the first time I saw Facebook comment that I had not visited for a while and encouraged me to get in touch with a few people. Just in case I didn’t know who these people were it helpfully began flipping up pictures of friends, relations and others, proof if needed that the system knew what it was talking about. I was shocked at the range of people who were offered for contact, all selected for me by a machine.

Modern systems are now doing this as a matter of course. Send someone an email talking about, say, a visit to Brussels. By the time you send a second or third email, the mix of small ads around the edge of the screen will be talking about bargain accommodation in Brussels. And the recipient of your original email will probably be receiving similar helpful information about Belgium and Brussels.

You also see this if you try and beat the computers at “flight-cost poker”. If you identify dates for a trip to Paris, for example, the first search will deliver a given charge. Go back in a few hours and check again, and if you offer the same dates you might find the cost higher. The system knows the opening bid and guesses you are committed to the dates first offered, so it will keep adjusting offers in light of what it learns. And they are quick learners.

What happens when computers driven by clever algorithms start providing extra information: how often you go to Paris, or who you know in Paris, or if your visits follow a pattern, or if there are people who show up on your email list who also have you on their list.

Big data is moving us in that direction, and as the internet of things grows exponentially in the coming years, even more data sources will be able to link and provide information that can be analysed by computers.

We are heading in the direction of big data but also big brother. The question is what kind of brother will it turn out to be? It will likely come down to what kinds of governments exist at the point that every decision, every move and every purchase we make are predicted by machines. Science made the internet and science can help make sure it is used to our advantage rather than our detriment. Harry Collins and Robert Evans argue that democracy can be maintained provided it adopts the values that inform science.

“Science’s values are democratic values, ” the two write in their book, Why Democracies Need Science (politybooks.com) “Science is important to democratic societies because it supports democracy through its very existence.” Let’s think about this before the telescreens switch on and the thought police start investigating thought crimes, as in George Orwell’s Nineteen Eighty-Four.