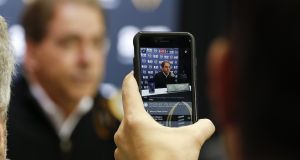 How do we make sure that the content delivered from Mojo is of a proper editorial standard? 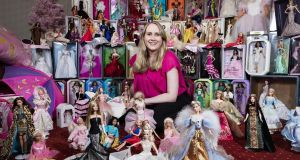 RTÉ aired The Collectors in 2006, a documentary shot in 4k entirely on a smartphone. Photograph: Suzy McCanny

Everyone’s a potential reporter these days. Thanks to social media, every event, however trivial, is quickly posted online from multiple angles and in all formats of video, audio and text.

For professional reporters, the advent of new, easier ways of reporting is both a blessing and a curse. Yet like every walk of life, it’s futile to resist new innovations. Mobile journalism – or Mojo as it has been tagged – is a fact of media life.

“Someone said to me earlier on, so what do I need to get started as a mobile journalist? I said your phone and an attitude and that’s it. That’s the paradox, people think that you need to spend a fortune on accessories to get into this,” says Glen Mulcahy, head of Innovation at RTÉ. He was speaking at RTÉ’s Mojocon, a three-day event in Galway, held last week to map out the breadth of mobile journalism today and to offer some insight to budding practitioners.

“If you’re doing stories for local newspaper and you want to give a flavour of what’s going on, you want to be able to share video and still effectively pull out a transcription from the interviews that you’ve done. It serves all the different media boxes, mojo’s perfect, it’s better than a dictaphone,” he says, eyeing the dictaphone app I’m using to record him on my phone.

Such a simple concept, but one with an underlying worry. Mobile journalism allows reporting from anywhere; it delivers instant updates and instant shareable content via live social media feeds, sometimes with ‘fake news’ being unwittingly shared around the internet and a rise in manipulated content. So how do we make sure that the content delivered from Mojo is of decent editorial standard?

Anne-Marie Tomchak, UK editor of media and entertainment company Mashable, says: “Having worked specifically with original journalism around the internet over the last four years, I actually think that the need for really robust journalism is more imperative than ever before because of the extra challenges you have now in the digital mobile space. Whether that’s with regard to fake news – to verification of information that’s coming in and misinformation that often well-meaning members of the public are spreading online or more malign forces that are trying to manipulate or engineer situations. So I think actually there’s a growing need for even higher editorial standards.”

One of the positives that mobile journalism offers is how, by using such a small filming device such as your smartphone, it can help break down barriers otherwise encountered by film crews and camera operators from larger broadcast outlets. Particularly in areas where faith in state broadcasters has diminished and can lead to journalists struggling to get news from the ground.

Adnen Chaouchi is a journalist and a Mojo trainer from Tunisia. He says it has allowed journalists to report from areas that ordinarily would be a hostile environment for members of the press. “The main challenge now is, sometimes they are fed up with the main media coverage, some outlets that have editorial lines they do not like. So when you go to the streets and try to cover with your camera, you’re beaten, you’re hit, they take the camera, they do not allow you to shoot at all. But when they see you with a mobile phone they think you are playing or doing this maybe for social networks, that it’s not a serious job. They do not think that with your mobile phone you can make very professional reports for the TV or any support in TV, radio or newspaper.

“Mobile journalism in Tunisia, North Africa and the Arab countries allows me to give voice to the voiceless because when you train a journalist who lives in the interior regions who does not really have the means, he goes to the mountainous regions, he goes to the regions where there is risk and he makes packages and reports with his mobile. You give voice to the people who have never seen a camera and to those where a camera or a TV crew will never go.”

It’s not just news items that are filmed using mobiles, long-form documentaries and short films can be shot and edited for broadcast by just using a phone. RTÉ aired The Collectors in 2006, filmed and directed by Eleanor Mannion, a documentary shot in 4k entirely on a smartphone, it features six Irish people who have a passion for their hobby collections. The footage shows a depth to the personal story that might not have been encountered had it been shot by an imposing camera crew.

“What I’ve found is, using an iPhone is just layers of perception, so if you can just mount the iPhone on a nice fluid tripod, that’s a level; if you can figure out the audio to be just as good as any other TV story, that’s another level; and then on top of that, if you know how to tell a good story and you can write an engaging, sometimes emotional, profile on somebody, then that’s another level. That’s all the practice of journalism.”

Mojocon 2017 gave a real sense that Mojo has arrived and it’s here to stay. Creating mobile content with mobile for mobile is the future and those that don’t chose to jump on board the Mojo train might be left standing on the wrong platform. RTÉ’s Glen Mulcahy explains just how far it’s expected to travel.

“If people perceive Mojo as having matured now, I would say that we’re still in Mojo 1.0. I think in the next three years as 5G starts to roll out, we will then step from Mojo 1.0 to Mojo 2.0 and it’s going to become a whole different game.

“Gigabit speeds to mobile devices mean 4k delivery in real time live streaming in 4k. It basically puts mobile ahead of the technical standards of an awful lot of national broadcasters and I don’t think any of the broadcasters sat back and thought about the impact of that. We’re talking about a three- to five-year time frame. Mojo’s already 10 years old, so in the next five years you’re going to see a brand new evolution that could start to leapfrog linear television. I’ve been a long-term proponent of the prospect of buy mobile for mobile and for me that’s really the ultimate end game.”