The Apple Card is an expensive way to pay 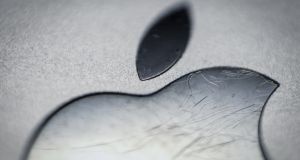 The Apple Card charges retailers high transaction fees and reinvests some of the money in rewards, reinforcing an antiquated and expensive US payments market. Photograph: Jaap Arriens/NurPhoto via Getty Images

Although it is easy to be distracted by shiny objects such as the new Apple Card, the biggest news in payments last week was a sober announcement from the US Federal Reserve. It wants to shake things up by building its own rapid payments service, rivalling large banks including JPMorgan Chase.

As ever with Apple, its laser-etched titanium card is beautifully packaged, and promises to change the world. This “new kind of credit card” is arriving at the first users’ homes to link with iPhones and give 2 per cent cashback on each purchase for which they tap.

The Apple Card trumpets its superior “simplicity, transparency and privacy” to familiar high-end cards such as Chase’s Sapphire Reserve, which offer a complex set of travel and retail rewards for a high fee. The iPhone app lists things users have bought and shows the double-digit interest clearly.

In other respects, including being issued by Goldman Sachs’s Utah bank, the Apple Card is solidly traditional. It charges retailers high transaction fees and reinvests some of the money in rewards, reinforcing an antiquated and expensive US payments market.

This is where the Fed comes in. It has defied lobbying and the insistence of some Republicans that banks should control faster payments to prod the US into the 21st century. Even so, its promised FedNow service is a distant prospect: it may only launch in 2024.

“What is taking you guys so long?” the rest of the world might ask. While payments can be made rapidly – often in seconds – through banks in many countries, including Australia, the UK, Sweden and Mexico, the US remains painfully slow. Electronic payments can still take days to settle in batches through an ageing clearing house operated jointly by the Fed and banks since 1974.

The US attachment to writing paper cheques, which Europeans observe in wonder, like anthropologists discovering a tribe with strange rituals, is fading and debit cards with chips are taking hold. But the inefficiency of the underlying infrastructure reinforces the grip of banks and curbs competition.

Much of the US debate on faster payments has turned on delays in wages arriving in bank accounts and Elizabeth Warren, the US senator and presidential candidate, has pressed the Fed to intervene. The benefits of faster payments run deeper and, like other forms of innovation, are hard to grasp until consumers experience them.

An efficient, open infrastructure can do for payments and financial services what the internet did for communications. It permits many companies, not only banks, to innovate and create services. When banks run their own platforms, they favour what they know.

Big banks protest that there is no need for FedNow because they launched their own rapid payments service in 2017, which is run by the Clearing House bank group and now covers about half of US demand deposit accounts. But it as yet handles limited volumes – it has not given figures – and is regarded with suspicion by many smaller banks among the 10,000 in the US.

Banks only allow their peers to use the network directly – PayPal gains access through JPMorgan. It is less open than services in other parts of the world, including the UK, where the financial technology group TransferWise last year became the first non-bank to plug into the Faster Payments network. Australia also designed its rapid payments service to encourage access.

The Fed has referred only to banks using FedNow, and made no promise of expansion. But as Amazon pointed out in its comment letter to the Fed, the growth of real-time payments services would ensure “a long-term alternative to existing high-cost credit and debit card services”.

The idea that retailers such as Amazon could adopt new payment methods to undermine the high transaction fees that fuel the credit card industry is not idle speculation. It has happened in China, where the Alipay and WeChat Pay mobile platforms surged after merchants refused bank cards.

The US may not follow the same path as Europe or China – the consumer incentive to pay with cash back and rewards cards makes them hard to dislodge. Mobile apps such as Square’s Cash App and PayPal’s Venmo will benefit from faster payment platforms even if cards remain strong.

Nor are technology companies necessarily more trustworthy than banks. Facebook’s attempt to compete with banks with its planned Libra digital currency raises deeper questions than how new is the Apple Card, or whether the rewards on a platinum card merit its annual fee.

But the Fed should press ahead with FedNow – the sooner, the better – and find a way to open its payments system to reliable participants, whether or not they count as banks. When Lael Brainard, a Fed governor and chair of its payments committee, observed last week that “the US retail payment infrastructure lags behind many other countries”, she was being polite.

It is the nature of innovation that no one knows what will happen, or whether the Apple Card will become a relic, thanks to new services. One thing is sure – change is overdue.