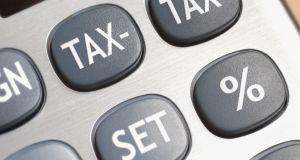 In planning revisions to a tax system, the government has much more responsibility than balancing of the books and complying with euro-zone requirements

“The avoidance of taxes is the only intellectual pursuit that still carries any reward,” asserted John Maynard Keynes, one of the most influential economists in the last century.

The obvious burden of tax is the money that individuals and companies must remit to the State. However a further burden is the sheer administration in making those payments – time that could have been more fruitfully spent elsewhere, along with the unproductive associated costs and any professional fees involved. And then there is what some economists have called the “excess burden of taxation”. This is the cost incurred and opportunity forgone because when a tax system changes relative prices and financial returns, the behaviours of individuals and companies are influenced. All things being equal, when we make purchases and choose investments, we are price conscious and consider the net return after tax. If after-tax prices and returns change, then so does both corporate and citizen behaviour.

In planning revisions to a tax system, the government thus has much more responsibility than balancing of the books and complying with euro-zone requirements. It is under an obligation to minimise the administration of each tax, not only to ensure the tax is fiscally profitable but also so that taxpayers and companies can efficiently comply. Tax changes should not distort behaviour, but can instead be an opportunity to strategically differentiate the economy from other jurisdictions.

Two weeks ago, the Tax Strategy Group (TSG) jointly of the Departments of Finance and of Employment Affairs and Social Protection published 12 working papers on potential tax changes for the 2020 budget. The documents together naturally cover the full range of Irish taxation. And one of the 12 papers is devoted specifically to tax incentives for small and medium enterprises (SMEs).

In the Irish private sector, there is in effect a two-tier economy. On the one hand, the TSG reports that the multinationals operating here employ about one quarter of the workforce, but yield about 40 per cent of the national take from income and related taxes, and 77 per cent of corporation tax receipts.

On the other hand, the indigenous sector largely consists of SMEs. I have previously written in this column on the opportunity to embed the multinationals more deeply into the Irish economy as a direct consequence of the vibrancy of the SME sector. Multinationals frequently struggle to develop new products and to open new markets, precisely because the levels of entrepreneurship and risk involved are difficult to justify concurrently with their own focus on core revenue generation and product. It can be far more attractive to let new ideas, business models and products emerge from young and innovative companies, and then wait for them to be commercially proven in the market.

Faced with an imminent hard-Brexit, the on-going retrenchment of the United States, and a changing international environment for multinational taxation, our SME sector is now becoming as strategic to our international reputation and to the multinational sector as has been our past promotion and emphasis on low corporation tax and on a well-educated employee base.

Seen from this perspective, a competitive strategy for the SME sector becomes a national imperative. Not only must research and development (R&D) be actively promoted throughout the sector, but the level of support for entrepreneurs and risk investment should not mirror but instead exceed that available elsewhere – precisely in the same way that our low corporation tax and well-educated workforce have excelled in international comparisons in the past.

The Key Employee Engagement Programme, the Employment and Investment Incentive Scheme, and R&D tax credits have been introduced in recent budgets to stimulate R&D investment, to encourage entrepreneurs and to increase risk investment. But, as acknowledged by the TSG itself, these have largely been “me-too” and catch-up schemes to replicate similar measures available elsewhere, not least in the UK. The TSG suggests in its recent deliberations that a number of adjustments are under consideration for the forthcoming budget, to encourage much greater participation in these schemes by the SME sector than has so far been the case.

The Capital Gains Tax on the disposal of a business is likewise under review. This tax on the sale of a firm can be a considerable deterrent to serial entrepreneurship. The nurture of a vibrant entrepreneurial cadre should be a key aspect of our national economic competitiveness. A tax regime that actively rewarded leadership development over a succession of successful companies would position Ireland internationally for innovation and initiative.

Keynes observed that creative minds seek to avoid tax. If after-tax returns change, then so does corporate and individual behaviour. Keynes was an interventionist, advocating government investment to stimulate economic growth.

His intellectual opponent, Joseph Alois Schumpeter, in contrast prioritised the role of the entrepreneur. Ireland’s opportunity is to be the showcase for how in fact Keynes and Schumpeter were paradoxically both correct. Insightful government intervention, especially its tax policy, can drive economic competitiveness via its entrepreneurs and start-ups, and so attract and retain multinationals.