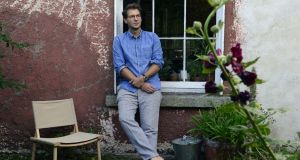 &Open cofounder Jonathan Legge: ‘I would like to think more we’re trying to fix something, I know, disruption is about fixing stuff as well. But our starting point is, let’s fix this.’ Photograph: Cyril Byrne

Corporate “swag” is part and parcel of doing business. Pencils, phone cases, stickers, bags – if you can make it, you can brand it and in doing so, the theory goes, spread the word about your business. The only problem with that theory? The recipients often don’t want them, don’t use them and as a result, it’s wasted effort and money.

It’s not just about the monetary cost though. With the public consciousness shifting towards sustainability, companies that are branding useless plastic tat with their logo could find it’s not only a waste of money, but it could have a detrimental effect on their business.

One company is hoping to change all that though – Dublin-based &Open. “I think corporate gifting is broken,” says chief executive Jonathan Legge. “I think the supply chains for it are broken. I think people are looking for suppliers of gifts that can speak of the problems and can take responsibility for the supply chain.

“There’s a merch industry in the US, it’s worth tens of tens of billions of dollars and it’s just creating landfill. People get another free pen, or tote or something plastic that they look at and throw in the bin, that nobody wants.”

Jonathan cofounded &Open with his brother, current logistics director Mark Legge and Ciara Flood, the company’s buying director. It is described as a “customer happiness platform”.

“Fundamentally, that’s what we’re looking to achieve,” he says. “We’re called &Open because we take care of everything else, and all that’s left for your client’s customers is to open their gift, everything else is done.”

The self-funded company grew out of the brothers’ previous enterprise, Makers and Brothers, a direct to consumer high-end lifestyle goods supplier. A trained furniture designer, Jonathan and his brother set up the business in 2011, focusing on selling objects that he previously described as being “useful, beautiful and sometimes nicely odd”. Run from their garden shed, Makers and Brothers was primarily online but ran pop-up stores in international cities such as New York, Berlin and Paris, building partnerships with well-known brands and getting coverage from publications such as the Wall Street Journal, New York Times and Teen magazine.

The company had eight employees at the height of its business, shipping to locations such as Los Angeles, New York, London and Paris.

But after several years in business, a note from the founders signalled their new direction: they wanted to “dream it all up again”.

“We took a lot of solace in the press we were getting and didn’t watch the finances as much as we probably should have at that time,” Jonathan said. “After five years, we were like ‘how are we actually going to scale this, it’s not scalable as we’d like it to be’.”

When the brothers began examining their turnover, they found that more than 30 per cent was coming from corporate gifting. Makers and Brothers hadn’t been actively targeting the sector, but the press coverage may have brought the business to the attention of senior marketing people in major companies.

Once the decision was made to pivot the business to targeting corporate gifting, the company realised that there was a need for technology to help customers on a global scale, instead of just ordering stock and sending it on behalf of their clients.

The &Open system looks after everything from the sending the initial invite to choosing the gift, to the stock list the customer can choose from and following up to make sure it has been delivered.

It was a strategy that has paid off. Only two years later, the company counts among its clients well-known names such as Airbnb and WeWork.

Part of the company’s focus is that it is tailored for each client and that it is sustainable.

“We assess the situation with our clients and gifting into and what makes sense for those situations, where’s the best place to source those gifts from and work with the right suppliers to do that,” Jonathan says.

While consumers are getting on board the sustainability bandwagon, thanks to efforts to highlight the growing problem by people such as David Attenborough, the business-to-business sector may not have taken it on board – yet.

“I believe they will be extremely screaming out for it in due course. But we’re already doing it and taking care to do it right,” he says.

For now, there is a catalogue of gifts tailored to each client, according to what &Open feels suits their business and clientele.

From the client point of view, it’s important to get this right. In the digital world, keeping customers is more difficult than ever before; there’s little loyalty to services and customers will move to wherever they feel they are getting the best service. &Open plays an important part in that.

“In their world it is not so much corporate gifting, it’s customer care and support and customer retention and loyalty,” says Jonathan. “What we’ve become aware of is, as the world has become more hyper digital and businesses like Airbnb exist primarily in that digital space as a brand anyway, that they need those touch points with their customers, just to acknowledge them and engage with them in different ways.

“Somewhat simple, traditional things like handwritten notes and gifts that come from a good place and are well meant still have value and actually have a lot more value today than they did previously.

“We’re at a place now where you can combine old school values with technology. But internally, we talk about a lot about taking a pragmatic and poetic approach to what we’re doing, the pragmatic piece being all the tech, and the poetry being our creative team, working with their marketing teams and their brand teams to really land a message that will resonate with their customers.”

Because the company is still dealing with customers digitally though, there is a trust element to the process. In a world where nothing comes free and internet scams are rife, a free gift dropping into your email or social media might be viewed with suspicion or ignored.

For &Open, the redemption rate is quite high – about 72 per cent – which he puts down to the way the company presents itself, working with the various companies’ trust and safety teams. Compare that with a client who previously couldn’t track the gifts they sent to customers.

“One of our clients was spending over a million a year on gifts, and would accept that with 60 per cent of those gifts, they would never know what happened. It was crazy. They just knew intuitively it was a good thing to do. But they can’t scale then because they can’t justify that 60 per cent.”

In two years, the company has experienced good growth. It ships all over the world, from hubs in North America to Australia and China, with South America served from Dublin. It also has an office in San Francisco and deals with thousands of gifts a week.

“I don’t think 2½ years ago, we would have thought this was going to happen. Sometimes I feel like we’re still trying to find our feet,” he says.

“If we talked to VCs, they’ll tell us, we’re growing too slow. But I think we’re going pretty fast. We’re self-funded. We’re building a strong business that we’re controlling and growing at a pace that I think is going to make a really strong business as we keep growing this way.”

His hope is that as the company expands, it will fix the current state of corporate gifting for good.

“I guess generally in the space we’re in now, everybody talks about disruption,” Jonathan says. “Yes, there is that to us. But I would like to think more we’re trying to fix something, I know, disruption is about fixing stuff as well. But our starting point is, let’s fix this. It’s taking a little bit of care to do it right. And it can be more impactful.”