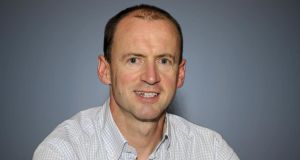 Deeptech Seed Fund founder Pearse Coyle has been a key figure in 11 tech ventures, six of which have gone on to scale and/or a successful exit.

Tech veteran Pearse Coyle doesn’t beat about the bush when asked why he is the man to lead a new “deep tech” fund with up to €100 million to invest in start-ups.

“I’ve got the scars and the experience, and there are f*** all other people willing to do this,” he says.

That may not be altogether correct given that there are a handful of funds eyeing deep-tech companies around the world. But most investors are certainly reluctant to take a punt on start-ups in the space.

That’s not too surprising, as deep-tech start-ups often need to conduct lots of research and get plenty of financing before they make it to market, if they ever do.

One key advantage for those backing deep-tech start-ups is that as their solutions are usually built using their own IP, it isn’t easy for rivals to copy what they do. If companies do make it, they have first-mover advantage.

Nevertheless, even this carrot isn’t enough for most potential backers who can get overwhelmed by the degree of technical detail involved.

“A lot of the time investors won’t back something unless they understand it well and that is a big problem for deep-tech founders. Someone might come up with an amazing widget in some niche that is a global opportunity but they get caught trying to explain it to some generalist who has no idea if they are bullshitting or not,” says Coyle.

On the flip side, he adds that those running early-stage companies can be scarred by their dealings with investors.

“If you’re used to being in the lab then engaging with investors is a wake-up call. VCs [venture-capital investors] are necessarily tough and founders can find them shockingly rude,” says Coyle

His new Deeptech Seed Fund, which recently closed its first deal, looks as though it may have found a number of workarounds that will see early-stage start-ups get capital more easily.

“Deeptech to me is pretty simply a venture that is sinking or swimming based on their IP and which usually has a founder with a significant head start in the area they are in because of the research they have done, “ says Coyle.

“They must also have a global reach,” he adds.

One of the criteria Coyle uses to evaluate potential investee companies is to establish who the key players are in a particular niche and grill them to see just how good a potential solution is. He then takes this further by seeing if they are willing to put money where their mouth is.

“What I’m doing is completely turning it over to potential early-adopter customers to evaluate companies for me,” he says.

“The start-ups we are looking at are usually working in small niches, so I’ll get in touch with the academics working in a field that has a commercial application and find out their thoughts on the IP. Also, if the start-up has any dealings whatsoever with industry then I’ll contact those companies, tell them we’re investing in a seed round of maybe €500,000 and see if they will pony up some money, even if just a token sum,” he says.

“Doing this gives us both technical and commercial validation required, and means we don’t need to understand the technology to invest in a particular company,” Coyle added.

He has been the founding chief executive, first investor or first head of sales in 11 tech ventures, six of which have gone on to scale and/or a successful exit. His last venture prior to establishing the Deeptech fund was NVMdurance, which had unique IP that enabled a tenfold gain in endurance for NAND flash-memory devices. That company raised more than €2 million in funding during its lifetime but ultimately failed to make it on the big stage.

Coyle says his previous experience has given him another useful advantage when assessing whether to back an early-stage start-up focused on deep tech.

“I’m well connected with Silicon Valley investors who usually won’t invest in Europe at the seed stage but who are interested in deal flow. If I have a prospect I’ll often run it by them to see if they would back the company at the next round stage. These guys are very knowledgeable so the feedback I get from them is invaluable in helping make decisions as it qualifies the opportunity and lines up follow-on investment,” said Coyle.

Other requirement of the tech veteran when weighing investment is that any start-up that received funding from his fund must have a key member of the founding team who is prepared to go full-time on the project.

“It’s a big test to see if someone is willing to do it and often there are brilliant people who, when it comes down to it, don’t want to leave the lab. This may be because they are tenured academics. However, it isn’t necessarily a problem if they are just the lead person as it may be someone under him or her that has actually done all the hard work on the project so if you can get them then it’s okay,” he says.

Coyle’s fund has recently led a €500,000 fundraise for an unnamed start-up that has been spun out of a Swedish multinational. He says the fund will likely invest in up to six start-ups in its first year with about a third of companies likely to get investment over the lifetime of the fund being Irish.

The fund’s backers consist of a number of Irish, Chinese and Vietnamese investors. While the fund isn’t intending to do follow-on rounds at the moment, Coyle envisages the need for a bigger fund so as to keep backing companies.

“There is a key issue in staying at the races as a seed investor as the rounds increase and more parties become involved. If you’re not able to follow the money then you lose out because a venture that is going to have a long gestation period may do up to five funding rounds, one of which will likely be a down round or a standstill one where the valuation stays where it is or lowers. Typically in these situations, everyone who is a participant is wiped out and has to start again,” he says.

“As a previous investor, you have a right to continue to participate but if you don’t then typically the existing shareholders will all be crammed into a small percentage of the company and a ton of new stock will be issued.”

Deep-tech start-ups may be gladdened to hear about the arrival of Coyle’s fund but he admits that some baulk at the level of due diligence it intends to do on them, he says.

“Start-ups may question why it is worth bothering dealing with us when it can be relatively easy to go out and get a few hundred grand elsewhere, particularly from State-backed funds. But they then face problems with follow-on rounds because these funds will do seed but then you’re out on your own and it is expected that pure commercial capital will lead the series A.”

“We’re trying to get early-stage companies to rethink this. They would be wiser getting commercial venture capital in at the start rather than taking soft money and disappearing back into the lab for 12 months,’” he adds.

Part of Coyle’s rationale on this is due to his belief that no matter how revolutionary the technology you have is, there is always likely a competitor lurking somewhere in the background.

“There are very breakthrough technologies that are that far ahead of the posse. If you are only just ahead of everyone else and you get good access to capital and execute well then you can get far ahead of the competition and even buy them up. However, if you go about things slowly then you’ll be passed out, no matter how good your tech is,” he says.

“You basically have to act immediately if you have a golden opportunity because the guy who raises money more effectively will get ahead of you if you don’t.”