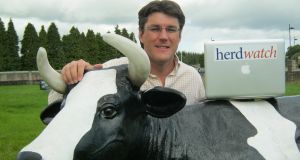 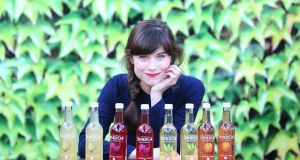 SynerChi founder Laura Murphy: “It’s really begun to take off and we have a lot of headroom for growth.” 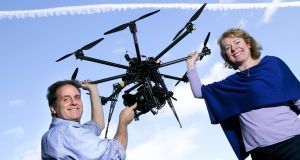 Skytango founders Stephen Flynn and Susan Talbot. The company is now gearing up for a funding round of about €120,000 this year with a second round due in 2019.

New Innovators focuses on new products, services and technologies from Irish start-ups and has been running weekly since 2010. Here we catch up with three of the companies we’ve featured and find out about life on the start-up high wire.

In 2010, Fabien Peyaud who was then the IT manager with farmer-owned co-operative FRS Network, discovered a statistic that surprised him. “Over 90 per cent of farmers didn’t use any form of computerised herd-management system,” he says. “I decided to find out why and started talking to them. By the end of the process I had a verified set of requirements and spent the next two years building a solution to meet them.”

The result was Herdwatch (launched in 2013) which allows farmers to manage their beef or dairy cattle via their smartphone, tablet or computer. It also dramatically cuts their paperwork load as farm and animal events can be recorded as they happen.

Five years on and Roscrea-based Herdwatch has 7,500 users. Roughly 7,000 are based in the Republic, with the others based in the UK. Asked about the highlights of the first five years Peyaud says: “Democratising access to farm-management software and becoming the undisputed number-one independent provider of herd-management software. We have at least twice as many subscribers as our competitors who have been around for decades. We were also pretty pleased to end up at Buckingham Palace in 2016 being presented with a farming innovation award by the Duke of Edinburgh. In 2014 we won the National Ploughing Championships innovation award and in 2015 were the AIB start-up academy winners.”

Herdwatch employs 13 people and Peyaud says all credit must go to FRS for “having the guts to back us and allow us to be creative”. He estimates that anyone thinking of starting a similar business now would need at least €1 million in their back pocket. Two companies that tried to compete with Herdwatch are no longer in the segment.

Peyaud’s focus now is on building the subscriber base. “We believe there is a realistic pool of 30,000-plus potential users in Ireland, ” he says. “The number of farmers is obviously much bigger, but for various reasons you have to strip out a sizeable chunk of that group.”

Herdwatch has been revenue-generating from the off but Peyaud says it will only reach breakeven this year and first profits are not expected until 2019. “Looking back I was naive about the effort required to start a business and to sustain it. In software you’re only as good as your last subscriber and if you’re not innovating all the time you’re going backwards.

“At times it really feels like pushing uphill because there is a huge gap between converting the early adopters and getting your product accepted in the mainstream,” he adds. “It’s a really tough push because you don’t actually know how far you are from the top of the hill. In our case I thought it would have happened sooner but it didn’t and it wasn’t for want of effort. This is where having the backing of FRS was really important. I’ve enjoyed the start-up ride, but it’s been a little bit crazy.”

Laura Murphy first started working on the idea for her drinks company, SynerChi, back in 2012 but didn’t get going with serious commercial production until in mid-2014. Initially, it was a slow burn as the product was entirely new to Irish consumers, but the pace of sales has picked up significantly in the last two years with growth of 50 per cent each year. Murphy attributes this in no small part to her company’s huge efforts to educate retail buyers and consumers about the health benefits of kombucha, (an ancient Chinese fermented tea believed to aid digestion) which is the key ingredient in SynerChi’s now five-product range.

Murphy initially began brewing kombucha in her kitchen and tried it out on family and friends. They asked for more and in 2012 she launched Dublin Kombucha, a very small-scale operation using recyclable bottles and delivery by bike. “From a ‘green’ perspective we were doing great. From a financial point of view it was clear that we would never make money with such small volumes and our production set-up was unscalable. However, it gave us good proof of concept,” she says.

Murphy began planning to scale up. She returned to the United States to train in kombucha fermentation and craft brewing skills and on her return to Ireland found a business angel to back her. This was no small achievement as it cost about €350,000 to set up the company’s brewery from scratch. Today, Donegal-based SynerChi employs 30 people and is producing mainly for the Irish market with some exports and own-label products for the UK. The company has been revenue-generating since 2014.

“It’s really begun to take off and we have a lot of headroom for growth,” Murphy says. “We are about to expand the range with a new water kefir drink and feel our timing is right because people have really become switched on to the health benefits of consuming live culture products.”

Fabien Peyaud’s comment about things getting off to a slow start resonates with Murphy. “The education period took longer than I was expecting because you can only push it so far. However, we have gone from a situation where consuming live culture products wasn’t even on most people’s radar to where they are actively asking for them.”

Also presenting a challenge for Murphy has been keeping tabs on the manufacturing. “When you do your own manufacturing it’s a lot more complex because you control the full picture from within the business,” she says. “It’s hard not to get overcome by the weight of responsibility sometimes and you feel every bump in the road because it’s your business and you take things personally. From a commercial viewpoint we are carving out a new drinks category and are now well placed to do for kombucha what Innocent and Vita Coco have done for chilled smoothies and coconut water.”

Film-makers Susan Talbot and Steven Flynn set up aerial content service Skytango at the end of 2015. Their aim was to build a drone pilot booking platform and library of material for use by broadcasters and corporate clients based on a software-as-a-service revenue model.

Since then, their path has taken some interesting twists. For a start the founders took the brave decision to decline early-stage investment. Secondly their platform is now being used in ways they hadn’t expected – to tackle illegal dumping, for example – and a few weeks ago they indirectly hit the headlines when they spearheaded a project for An Post which involved building a drone and flying the service’s first autonomous aerial delivery from Mayo to Clare Island.

“What sets Skytango apart from our competitors is that none of them can offer the feature sets we incorporate from field to screen,” Flynn says. “There are some stock library sites offering to sell material and there are some booking sites offering to help buyers find flyers, but they aren’t built by people who have tried to make a living flying drones. We combine both services and come to this market with 30 years’ experience.”

One of the biggest headaches for the start-up was getting across the potential value in what they were doing to possible investors. “Investors want history, they want to quantify things against what’s happened in the past but of course there aren’t any historical trends so it’s difficult to quantify the value proposition because the technology is brand new,” Talbot says.

The company, which is HPSU approved, is now gearing up for a funding round of about €120,000 this year with a second round due in 2019. Start-up costs to date have been about €150,000 in hard cash and what Talbot describes as “an unquantifiable amount of sweat equity”.

Skytango is now at a point where the hard work is beginning to pay off. It has made a successful debut in aerial parcel delivery with An Post, it is pioneering aerial litter analysis for local authorities, which is a scalable and potentially valuable income stream, and it is on the brink of signing a deal with a large image library that has the potential to boost both its sales and international profile.