Revolutionary treatment works by targeting cancer ‘rather than blanket bombing it’ 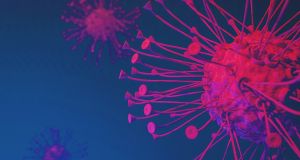 ‘We now have hope with these relapse/refractory blood cancers where only a few years ago, we had none.’

Revolutionary Car T-cell therapy is set to become the fifth pillar of cancer treatment and is already showing dramatic results in the successful treatment of blood cancers.

Prof Owen Smith is a consultant paediatric haematologist who has dedicated his 35-year career to researching and treating cancer in children and young adolescents. Smith, who is based at Children’s Health Ireland at Crumlin hospital, is a specialist in stem cell transplantation. Over the years, he has seen big advances in cancer treatments but few have excited him as much as Car T-cell therapy which is showing huge potential as a pioneering treatment for blood and other challenging cancers.

The question became: could you take T-cells from a donor and give them to people who were relapsing and put them into remission?


In a nutshell, Car (chimeric antigen receptor) T-cell therapy is a form of immunotherapy that uses the patient’s own immune cells to recognise and attack cancer. It involves drawing blood from the patient, isolating the T-cells within it and genetically altering and multiplying them in a lab. The end product is transfused back into the patient where the Car T-cells bind to an antigen or structural molecule on the cancer cells and kills them.

“Car T-cells or Cars for short, are like sniper fire that target the cancer rather than blanket bombing it,” explains Prof Smith. “They cause much less toxicity than chemotherapy and have much better results and remission rates.”

Cars therapy has been in gestation since the early 1980s with the first-generation treatment becoming available around 2010.

To date, about 2,200 Cars have been completed in the US, while in Europe the number is about 800 and growing fast. There are now two second generation Car T products licensed for three types of blood cancer and Prof Smith says: “We now have hope with these relapse/refractory blood cancers where only a few years ago, we had none.”

Prof Smith was working in Royal Free Hospital in London (one of the UK’s major Car T therapy centres today) in the 1980s when the therapeutic potential of T-cells, which was initially discovered in Israel, was first being realised. “It became clear through some good connected thinking that it was the T-cells that were having a very important effect on cure in patients with CML (chronic myeloid leukaemia),” he says. “Around the same time there were papers coming in from the States with similar results so the concept was beginning to gather momentum.

“The question became: could you take T-cells from a donor and give them to people who were relapsing and put them into remission? Things began to crystallise in the late 80s/early 90s as T cells were recognised as immune effector cells that were very good at killing cancer, especially in patients with CML who were relapsing after stem cell transplantation.

“Then people began wondering if we could use the end of the molecule – the so-called antigen binding part of an antibody – and link it to the T-cell receptor and put it into T-cells to see if that would give an even better result. What eventually followed between 2010 and 2014 were a number of first generation Car T-cell studies that showed it was very effective in some patients with haematological malignancies and in those with acute lymphoblastic and chronic lymphocytic leukaemia in particular. Since then there have been 10 big studies with second generation Cars that have also proved its efficacy,” says Prof Smith.

Acute lymphoblastic leukaemia is the most common form of blood cancer in children and Prof Smith sees about 50 cases a year here. Unfortunately, if this cancer relapses, particularly during or shortly after chemotherapy, it usually becomes resistant to further treatment and the children can also no longer tolerate it. The only option up to now has been palliative care, but Cars is a lifeline that can alter this outcome.

“Second generation Car T-cell activity can push around 90 per cent of children into remission and once you get them into remission you have time to get them into prime clinical condition to give them a stem cell transplant and cure them that way,” says Prof Smith. In the adult population, about 20 cases a year of non-Hodgkin’s lymphoma would be suitable for this therapy.

“We’ve known for a long time that the immune system is important in someone developing cancer,” Prof Smith adds. “So, for example when a person’s T-cells are knocked out by something like HIV, they typically have an increased risk of developing lymphoid malignancies. The immune system can also be tricked into not recognising when a cancer develops and undergoes metastatic spread. This immune activation therapy can unmask this camouflaging of the cancer resulting in regression.”

One of the challenges with the Cars is that they can become “lost” in the body and lose their persistence. When this happens the person usually relapses. “We are now looking at different combinations of Cars and using two or three of them on the one cell to prevent relapse,” says Prof Smith.

“This is a massively evolving field and one of these exponential technologies you hear about from time to time. What’s really encouraging it that it’s now being pushed out to treat other types of high-risk solid tumours that currently have dismal survival rates such as metastatic non-small cell lung cancer, pancreatic cancer, triple negative breast cancer, ovarian cancer, brain tumours and neuroblastomas in children. It’s opening up a totally different treatment pathway for cancer.”

Prof Smith acknowledges that Cars, like many innovative cancer treatments, is expensive at about €300,000 per commercially produced treatment. But he points out that as its use becomes more widespread prices will drop and that if the total costs of conventional treatments are added up the economic argument for its use is compelling. “Yes, it’s costly but some recent health economic data from the USA is suggesting it may not be as costly as it first appears,” he says. “Specifically, repeated chemotherapy, the cost of regular hospital admissions due to relapse, trips to intensive care, blood product support and anti-bacterial, anti-fungal and anti-viral therapies all with very little return in terms of clinical outcome.”

Prof Smith adds that Car T therapy is set to become the fifth pillar of cancer treatment alongside surgery, chemotherapy, radiation and targeted therapy and that what’s happening now is just the start of the Car T revolution. “The next phase will be using them in combination with checkpoint inhibitors (another arm of immunotherapy) and the third generation of Cars will have greater efficacy and less toxicity,” he says.

Prof Smith is low key about his personal achievements but in addition to saving the lives of countless children under his care, he also has a distinguished research record and his work has been widely published and acknowledged internationally. He was to the forefront of a major breakthrough in the intervention and treatment of meningitis in the 1980s and he is a strong believer in robust peer-reviewed clinical trials, which he believes are one of the most effective ways of establishing a cure for any disease.

Owen Smith is professor of Paediatric and Adolescent Medicine at UCD, honorary Regius Professor of Physic (1637) at Trinity College and academic lead to the Children’s Hospital Group. He is also a principal investigator at the National Children’s Research Centre and Systems Biology Ireland at University College Dublin and national clinical programme lead for children and adolescents/young adults with cancer. In 2015 he was awarded a CBE by Queen Elizabeth for his life-long dedication to treating cancer in children.

Prof Smith is a speaker at the international BioPharma Ambition 2020 event which is being held in Dublin Castle on March 3rd and 4th.