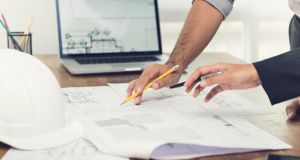 t is understood that Twinlite is on the brink of acquiring a significant site in Dublin, capable of accommodating hundreds of new build-to-rent apartments.

Property developer Twinlite has secured finance of €90 million from the Cardinal Capital Group and Bank of Ireland. The developer is currently on site at Clongriffin, north Dublin, where it is building out a scheme of 372 build-to-rent apartments, which is set for completion early next year. The Clongriffin scheme emerged as the highest value Private Rented Sector (PRS) transaction of the year in 2018 when it was sold to Tristan Capital Partners in a forward-funding deal, understood to be valued at about €140 million according to reports by leading commercial property agents.

That project, which is set to cost about €110 million in all, was originally funded by Activate Capital, but now the debt has been refinanced by Twinlite with its two new lenders in order to secure additional funding to pursue new development opportunities. It is probable that the interest rates charged by the new lenders will also be lower than those of Activate Capital, as the project has been largely de-risked through the forward-sale agreement, however this was not Twinlite’s primary motivation in securing new finance and the company continues to work with Activate Capital on a number of projects.

It is understood that Twinlite is on the brink of acquiring a significant site in Dublin, capable of accommodating hundreds of new build-to-rent apartments. Last year, the developer had barely began construction of its new scheme at Clongriffin before it penned the deal with Tristan Capital Partners. The developer will no doubt hope to replicate that success with its new site, the location of which has yet to be revealed. Aside from its build-to-rent projects, the developer is also involved in the build-to-sell market, and has a number of high-end new homes schemes in Dalkey including Enderly on Cunningham Drive and planned new developments on Castlepark Road and Barnhill Road.

The Clongriffin refinancing deal is the second residential development that has been linked to Cardinal Capital in recent times, suggesting the lender may be seeking to increase its foothold in that market. In February, it provided funding to Chartered Land, led by developer Joe O’Reilly, to acquire a €22 million-plus site in Ashtown, Dublin 15.