Sanity System, headquartered in Italy and US, uses ozone gas to kill bacteria and viruses 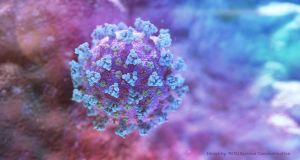 Sanity System units are being used on An Garda Síochána and Health Service Executive vehicles as well as prisons and doctors’ surgeries. Photograph: Nexu Science Communication

Irish sales of a cleansing system that targets viruses and bacteria have jumped by 400 per cent in less than three months this year as State agencies and companies seek to control the spread of coronavirus.

Sanity System, headquartered in Italy and the United States and whose machines use ozone gas to kill bacteria and viruses which may be present in the air and on surfaces, sold 200 units between entering the Irish market in late 2018 and the end of last year. However, it has sold 1,000 devices so far this year.

The units are being used on An Garda Síochána and Health Service Executive vehicles as well as prisons and doctors’ surgeries in Ireland, according to the company, which distributes in the State through Bunzl Irish Merchants.

The company says that experiments carried out on the Sars virus – which is 80 per cent similar to the coronavirus in genome sequence – showed that ozone gas is effective in eradicating 99 per cent of infection.

“The coronavirus is primarily transmitted in droplets following coughing or sneezing. These droplets fall on to surfaces and are then picked up by people’s hands and then their face,” said Robert Kane, Sanity Systems sales director for Ireland.

“Effective sanitisation has a key role to play in controlling the spread of the coronavirus and, as a result, awareness of our system is growing all the time among businesses and organisations.”

Sanity System says it is the only company operating in this space in Ireland and that its plug-and-play treatment system does not require any specialist training. It takes 45 minutes to work on a mid-sized room and less in a vehicle. The room or car must be left vacant during the sanitisation process as ozone is a volatile gas.