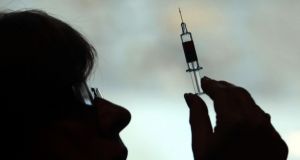 Earlier this year, Sandra Gallina, the Italian bureaucrat in charge of buying coronavirus vaccines for the EU, appeared in front of the European parliament, invited by MEPs clamouring for greater transparency on the bloc’s confidential procurement contracts with drug developers.

“I fully take on board this criticism,” Ms Gallina said in September as she deflected attacks on what some have condemned as an overly opaque process, given the money and number of lives at stake.

“It is only through dialogue and the explanations that we can really give the correct image of what we’re doing,” she said. But two months on, still very little is known about the terms of the vaccine contracts the EU has signed with pharma groups including AstraZeneca, Pfizer-BioNTech, Sanofi-GlaxoSmithKline and CureVac.

Drug procurement contracts are always confidential and companies rarely disclose commercial information. But given the unprecedented levels of public investment in the development of Covid-19 vaccines, civil society groups and some politicians have argued that an exception should have been made and more information made public.

“It’s a culture of non-transparency,” said Jamie Love, the head of US-based advocacy group Knowledge Ecology International (KEI). “It’s particularly frustrating with Covid because of the massive public interest and the amount of money involved.”

“Once [secrecy is] peeled away, what you see is a massive privatisation of billions of dollars of government funds,” he added.

Very little information has been officially released by the companies themselves or the government buyers. People briefed on talks between drugmakers and the European Commission have said that AstraZeneca sold its jab at about $3 to $4 a dose, while the Johnson & Johnson shot and the vaccine jointly developed by Sanofi and GSK were priced at about $10 a dose.

AstraZeneca, which has promised not to profit from its jab during the pandemic, has – in at least one agreement – the contractual right to declare an end to the pandemic as soon as July 2021.

US biotech Moderna said it would seek a maximum price of $37 a dose after the Financial Times reported that it was pitching its vaccine at $50 to $60 for the two-shot course.

No organisation has published a full contractual agreement, and detailed accounts of the negotiations are few.

“We want to make sure they deliver quality,” said one senior European official with knowledge of the negotiations. “They want money, and they want to minimise their risk.”

The official said EU contracts with Boston-based Moderna and Maryland-headquartered Novavax were still being negotiated. American companies had been more likely to use external law firms to negotiate stickier points, particularly around liability, according to the official, making them harder to deal with.

“The problem is the lawyers, the lawyers,” the official said. “And they don’t have a clue when they come in. The commission’s lawyers deal with them and I only hear them suffering.” Moderna and Novavax did not respond to a request for comment.

In September at the European parliament, Ms Gallina said she had stood firm against pressure from pharmaceutical companies to waive their usual liability given the accelerated research and development timeline.

“The product liability directive has not been touched,” she said. “We would not be so mad as to change such a system.”

But concerns surrounding corporate liability have remained points of contention and held up the announcement this month of a 300 million dose contract between the EU and Pfizer-BioNTech, people familiar with the matter said. The deal should have been announced on November 9th when the vaccine’s positive trial results were released, but was delayed for three days until those issues were resolved, the people said.

The pressure for greater transparency has yielded some results. Stella Kyriakides, the health and food safety commissioner, this month said the commission was considering making information about contracts available to selected MEPs “with specific arrangements” once negotiations were over.

Ms Kyriakides “fully recognised” the importance of transparency but said the commission could not unilaterally release the contracts, adding that disclosures could also weaken its negotiating position.

“It should be a step towards meaningful transparency and not a box-ticking exercise,” he said. “This will depend on how much and what sort of information will be redacted.”

In the US, Kathryn Ardizzone, KEI’s legal counsel, said the government had tended to be even less transparent than the manufacturers, redacting even more information on documents released under the Freedom of Information Act than companies had.

The US has spent more than $10 billion to support the development of potential drugs and vaccines to fight coronavirus. Greater transparency would ensure, among other things, that the vaccine technology developed with public money could be used in future applications, KEI’s Mr Love said.

Thomas Cueni, head of the International Federation of Pharmaceutical Manufacturers and Associations, a lobby group, argued that transparency was vital for clinical trials but that releasing confidential contractual information would not be “very helpful”.

“There is a lot of information about Covid vaccine prices available, so there is transparency in this regard,” Mr Cueni said. “[But] with regards to the vaccine makers’ deals with governments, this is proprietary commercial information that is subject to different national legislation.” – Copyright The Financial Times Limited 2020

9 What incentives are on offer for first-time home buyers?