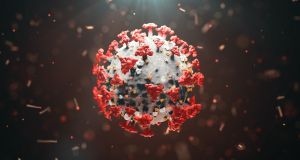 Scientists are hopeful the drug could be added to the armoury of treatments used to improve outcomes of the most critically ill patients. Image: iStock

Scientists have found that a drug used to fight rheumatoid arthritis leads to significantly improved outcomes for severely ill Covid-19 patients, the latest breakthrough in the search for a potential treatment.

Tocilizumab, an immunosuppressant drug, was found to be so effective in randomised controlled clinical trials involving 303 patients, that the researchers have been told to stop recruiting people to the “no treatment group”.

It is the first immune-modulating drug found to have an effect on outcomes of hospitalised Covid-19 patients, adding to positive results from the cheap and plentiful steroid dexamethasone, and the antiviral drug remdesivir.

However, after a clinical trial, the World Health Organisation last month concluded that remdesivir had no substantial effect on a patient’s chances of survival and the European Society of Intensive Care Medicine is now recommending that the drug should not be used routinely to treat hospitalised Covid-19 patients.

Scientists are hopeful that it could be added to the armoury of treatments used to improve outcomes of the most critically ill patients, though they note that evidence on tocilizumab has been contradictory to date.

“We think these are very exciting results and we’re very encouraged by them,” said Professor Anthony Gordon, chair in anaesthesia and chief investigator on the study at Imperial College London. “It’s unlikely any drug will work on its own so we need to find the right combinations of treatments.”

The scientists were measuring both mortality rates and length of time spent in intensive care units. While they found with 99.75 per cent probability that the drug improved outcomes for the most severely ill patients, they have not yet analysed the data fully and are therefore unclear exactly which of these outcomes have been improved. They hope to complete their analysis in the coming weeks.

The researchers at Imperial believe the outcomes they observed stem from the fact that they looked specifically at severely ill patients and intervened very early during these patients’ deterioration.

Professor Stephen Evans, professor of pharmacoepidemiology at the London School of Hygiene & Tropical Medicine, said that the “results need to be treated with caution at this early stage”.

He noted that “it is possible that different drugs work best at different times during illness with Covid” and noted that it was not yet clear whether dexamethasone or tocilizumab provided greater benefit.

Prof Gordon said that the immunosuppressant used to treat arthritis was more expensive than common steroids, but still significantly cheaper than protracted stays on ICU wards.

In wave one of the pandemic, Covid-19 patients admitted to ICU stayed on the ward for an average of 10-12 days, he said.

“This isn’t the answer on its own, but it’s encouraging that scientists are ... providing a light at the end of the tunnel.”

In total, the Remap-Cap trial has enrolled more than 2,000 patients in 15 countries across 260 hospitals worldwide, all of whom were randomised to receive different treatment combinations. – Copyright The Financial Times Limited 2020