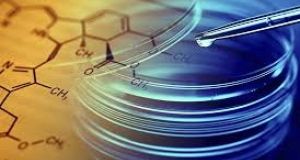 Inotrem is examining whether it can help treat septic shock by targeting a protein called TREM-1, that is attached to immune cells in the body

A French start-up looking to find a treatment for septic shock has secured a €5 million investment from Irish venture capital group Fountain Healthcare.

Inotrem is examining whether it can help treat septic shock by targeting a protein called TREM-1, that is attached to immune cells in the body.

Sepsis, which can progress to septic shock, used to be seen in medical circles as an infection. Now it is understood to be an immune system response to infection that can itself overwhelm the patient.

The Mayo Clinic in the United States says that mortality rates from septic shock are as high as 40 per cent. Inotrem uses a lower figure, 35 per cent , for developed countries but notes that there is currently no specific therapy approved to treat it.

“Inotrem’s solution has the potential to become the first mechanism-based treatment for septic shock,” Fountain Healthcare founding partner Ena Prosser said in a statement. Dr Prosser will join the board of Inotrem following the investment.

The Fountain investment adds to €39 million raised from new and existing investors in the company last September and brings the company’s series B financing to a final closing amount of €44 million.

Inotrem has also secured a €13 million line of credit from Kreos Capital, which specialises in providing specialty finance to growth companies, and a €1 million loan from French public investment bank BPI France.

Inotrem is working on the theory that these TREM pathways can deliver what it calls an “exuberant immune response” exacerbating the septic reaction. It hopes that a drug it has developed, nangibotide, would damp down this response, reducing the process of organ failure.

As patients in septic shock are already in an intensive care environment, a quick blood test can determine in minutes whether the TREMs reading is too high: if so, Inotrem believes that its drug, given intravenously or via a saline drip, can reduce the risk to the patient.

The French company, founded by former head of research at Roche, Dr Jean-Jacques Garaud, with Prof Sébastien Gibot and Dr Marc Derive, has shown in earlier, smaller studies that its therapy can reduce the mortality rate in septic shock patients after 28 days to 14 per cent compared to 25 per cent among patients given a placebo.

The company is currently enrolling in a larger Phase II trial that will involve 450 patients across nearly 50 hospitals in the US and five European countries and will be completed by mid-2022.