Pfizer US drug prices jump as Trump prepares for clampdown 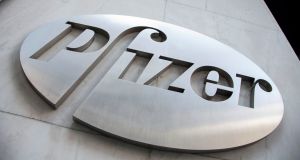 Pfizer has raised the US price of nearly 100 drugs by an average of 20 per cent so far this year, in a move that threatens to draw anger from politicians at a time of public outcry over the cost of medicines.

The drugmaker hoisted the price of 91 medicines on June 1st by between 5 per cent and 13 per cent, according to figures seen by the Financial Times. The medications include best-selling drugs like Viagra, the erectile dysfunction treatment, and Lyrica for nerve pain.

It is the second time this year that Pfizer has implemented a series of price increases. When a similar move in January is included, the company has raised the price on many of its medicines by an average of 20 per cent in 2017, and in some cases even more.

President Donald Trump has pledged to take action to crack down on high prices and earlier this year accused the pharmaceuticals industry of “getting away with murder”.

Although the size of Pfizer’s price rises pale in comparison to Mr Shkreli’s move, critics argue that annual double-digit increases on a large number of medicines ends up costing the US healthcare system more in aggregate.

“The net effect of price increases on this many products is far more costly and impactful for the American health economy than anything Shkreli ever did by raising one drug by 5,000 per cent,” said Michael Rea, chief executive of Rx Savings Solutions, which makes software to help patients and employers cut their drug expenses.

“This is the type of behaviour that invites scrutiny from Washington lawmakers, health insurers and employers,” he added.

A spokesperson for Pfizer said: “Pfizer has always priced responsibly and believes that innovative medicines are one of the most valuable and cost effective segments of healthcare spend.”

He said the company had “comprehensive and extensive access programmes” to help patients who were unable to afford their medicines or who did not have good health insurance.

Drugmakers argue that list prices do not reflect the real amount paid by health insurers, employers or the government, which often negotiate large discounts in return for making medicines available to patients.

Pfizer said that at the end of the first quarter – before the most recent increase – its annual “weighted average net selling price” of all its drugs in the US had gone up by 4 per cent. But that figure includes large discounts given to military veterans and low income individuals.

The practice of increasing US prices twice a year – by 10 per cent in January and the same again in June – used to be the norm in the pharmaceuticals industry, but it has become less common following the intense political focus on the cost of medicines.

Several drugmakers, including Allergan, AbbVie and Sanofi, have promised to cap annual price increases to ensure they are effectively less than 10 per cent a year. Pfizer has declined to make a similar pledge.

The “raise twice” practice has prompted heated debate within the industry and even led to a shouting match at a Forbes conference in December, when Len Schleifer, founder of biotech group Regeneron, sparred with Ian Read, Pfizer’s chief executive.

“The real reason we’re not liked is because we have used price hikes to cover up the gaps in innovation,” said Dr Schleifer. “Look at how prices have gone up by double digits, sometimes twice a year.”

Like most companies, Pfizer sells its drugs in a variety of package sizes and strengths, meaning the total number of products that have taken a price increase this week numbers more than 400. The increases ranged between 6 per cent and 12.9 per cent and the majority – 367 products – went up by 9.4 per cent. – Copyright The Financial Times Limited 2017

3:45 Covid-19: Number of clusters rises by a third in second week of year