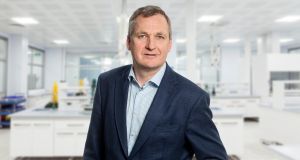 Open Orphan is running some of the world’s first Covid-19 human challenge trials.

Open Orphan, a pharmaceutical services company which is running some of the world’s first Covid-19 human challenge trials, said that the contract with an unnamed tier 1 German pharmaceutical company, guarantees annual revenue for the next two years with work under the contract to commence this month.

The agreement will see the Netherlands office of Venn Life Sciences, part of Open Orphan, build upon its strong existing relationship with this unnamed German pharmaceutical company.

Cathal Friel, executive chairman, Open Orphan, said that the contract delivers on a number of the company’s ambitions.

“It is a large multi-year contract generating recurring revenues, it is with a large partner and it utilises our expertise in pharmacometric analysis. This new contract further demonstrates Open Orphan’s ability to execute on its significant pipeline of contracts with major pharmaceutical business. It also demonstrates Venn Life Sciences position as a market leader in its field,” he said.

The contract is an extension of the relationship built with the German pharmaceutical company and is in addition to the work currently undertaken by Venn, to the client, providing support in quantitative sciences (pharmacokinetics and pharmacometrics) as well as earlier stage projects.