How much will a Covid-19 vaccine cost?

Pricing of all vaccine deals has been shrouded in secrecy 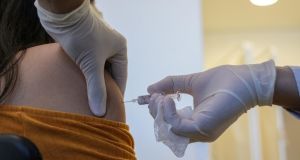 The race for a coronavirus vaccine has stoked a debate on how much the jabs will cost and who will pay for them.

The race for a coronavirus vaccine has stoked a debate on how much the jabs will cost and who will pay for them, as prices range from $3 to more than $30 a dose and public health advocates including Bill Gates call for a price cap for poor countries.

Even as billions of dollars of public money has been poured into vaccine development, drugmakers have been reluctant to discuss how they will price a shot. They say it is the result of many factors including efficacy, trial results, development and manufacturing costs, competition, demand and whether the buyers are private groups – such as insurers – or state bodies.

The pandemic’s urgency and global spread has added layers of intricacy. In the rush to develop the right vaccine, companies are experimenting with different technologies. In an unprecedented move, some drugmakers are then planning to allow other companies to manufacture their doses, further complicating cost calculations.

The pricing of all vaccine deals has been shrouded in secrecy, with companies and public institutions defending their right to confidentiality.

But people briefed on talks between drugmakers and the European Commission say that AstraZeneca has sold its jab at about $3 to $4 per dose in deals with the EU, while the Johnson & Johnson shot and the vaccine jointly developed by Sanofi and GSK have come in at about $10 per dose.

By contrast, Moderna – a newer and still lossmaking company – has sought to pitch its vaccine at about $50 to $60 per course of two jabs, after initially asking for almost double that amount. Other biotechnology businesses, such as CureVac, have said they would seek an “ethical margin” on their prices.

Pressure from civil society and media reports have pushed some companies to disclose projected list prices, with Moderna doing so in August and publishing a maximum price tag of $37 a dose.

One of China’s vaccine frontrunners, Sinovac, this week began selling its vaccine in select cities at $60 for two shots as part of an emergency use programme with hundreds of thousands of participants.

At the heart of the discussion lies a question both ethical and practical: whether pharmaceutical corporations should work with rich countries to ensure charges to poor nations are capped.

The billionaire software developer turned health philanthropist says any successful vaccine must be made available wherever it is needed at non-prohibitive cost. “We actually had to explain to a couple of pharma company CEOs that, in even the non-profit context, this tiering is absolutely necessary to maximise human benefit.”

Some manufacturers in countries such as India, which has a large drug production industry, have criticised western drug companies that they see as trying to prop up prices, by failing to ramp up production to meet demand.

“They don’t want to give it to the rest of the world because they’ll have to compete with me at $3 [a dose],” said Adar Poonawalla, chief executive of India’s Serum Institute, the world’s largest vaccine manufacturer. “We’re making a small margin but that’s just normal business,” he said.

He added that higher production costs in Europe did not justify the difference in price between his company’s products and those of some western vaccine producers.

Gavi, the UN-backed vaccines alliance, and the Gates Foundation last month expanded a deal with Mr Poonawalla’s institute for delivery of up to 200 million doses of candidate vaccines licensed from AstraZeneca and Novavax to low and middle-income countries at a maximum of $3 a dose – with the option to increase the volume of the order several times over.

Other initiatives to support global access include efforts by the Coalition for Epidemic Preparedness Innovations, which is co-funding nine vaccine candidates with a mix of partners including big companies and academic institutions.

But the Covax initiative, the World Health Organization’s flagship programme to provide two billion Covid-19 vaccinations to poorer countries by the end of next year, had to delay its full launch until this month after it struggled to sign up rich countries.

Mr Gates said he was hopeful in the long term that competition would keep prices down.

“By the end of the year, or certainly in the first quarter of next year, the likelihood is that, of the six leading vaccines, two or three of them are likely to show efficacy, and then we’ll be off to the races,” he said.

But he also acknowledged that prices for certain vaccines were likely to remain higher than others. For example, mRNA vaccines, such as those from Moderna and the Pfizer and BioNTech partnership, are more expensive to manufacture than vaccines based on an adenovirus vector such as the one developed by AstraZeneca and Oxford university, he said.

A fundamental challenge for effective planning and pricing is that all those involved have had to squash the normal decade-long vaccine development cycle into a fraction of that time, said one senior EU official.

“We’re now trying to compress this to 12 to 18 months and not only produce a few vaccines but produce them in the order of hundreds of millions – even billions – in volume,” the official said. “This is risky business.” – Copyright The Financial Times Limited 2020